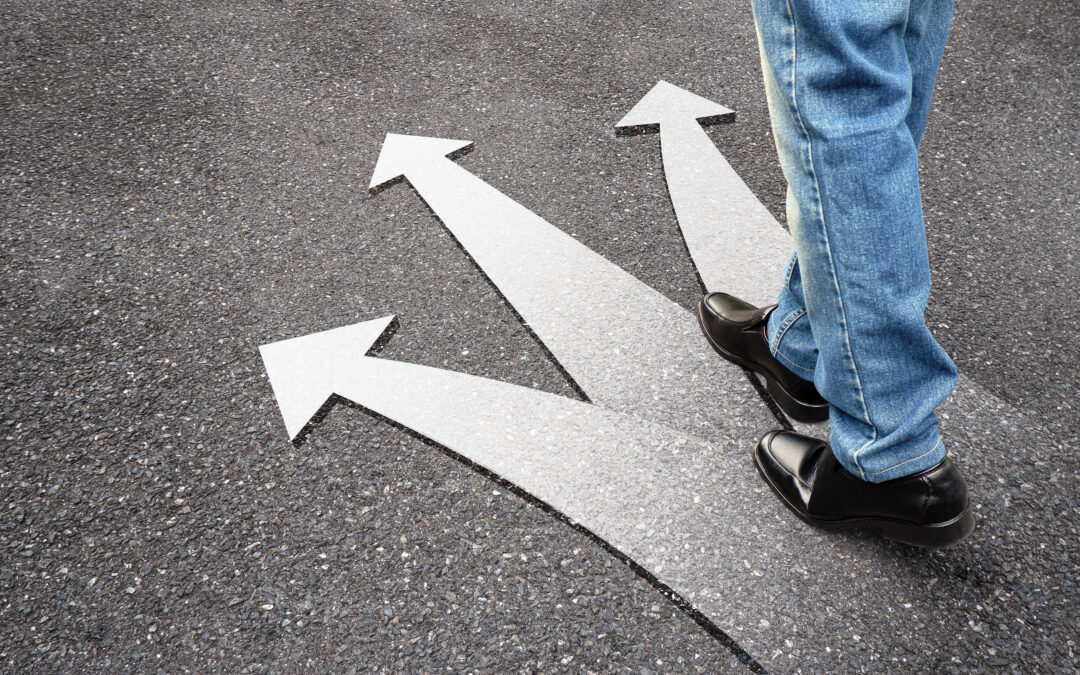 Recently, pop singer and former missionary David Archuleta gave national media interviews in which he embraced a gay or queer identity and said he was stepping away from religion because he couldn’t reconcile his religion with his sexuality anymore.

This was after he had spoken to one of the senior-most leaders of his church who, he said, encouraged him to stay in the faith and “just” find a “good girl.” He knew that wasn’t the solution for him and walked away disillusioned.

I’ve never met or talked with David Archuleta, but for more than 20 years, I’ve had the honor of supporting men from around the world and from numerous faith backgrounds who struggle to understand and make peace with same-sex attractions that conflict with their faith, values, beliefs, identity and life goals.

I’ve listened to heart-breaking stories of self-rejection or rejection by others, stories of confusion and inner turmoil. Without fail, these are good, conscientious men who want to live good, fulfilling lives and make right choices for themselves and their loved ones. I listen from a place of great compassion and also deep empathy, because in so many ways their stories have been my story too.

But much of modern society, whether from a religious or agnostic perspective, is far less sympathetic to this kind of inner conflict.

It’s simple, a faith leader might say: Deny yourself and do God’s will, as revealed in scripture, no matter what. That’s the only thing that really matters. That’s the only way you’ll ever find happiness.

It’s simple, a gay-pride advocate might say: Leave your faith and family, if necessary, and be true to yourself. Follow your sexual desires wherever they lead you. That’s the only thing that really matters. That’s the only way you’ll ever find happiness.

They see our choices as so, well, “binary” is the popular word today. (This is incredibly ironic—in fact, hypocritical—in an age when a “medical” website identifies 74 different genders!)

At least Alfred Kinsey, when he created what became known as the Kinsey scale in the mid-20th century, recognized that sexuality could be seen to exist on a spectrum. He scaled sexuality from 0 to 6, from exclusively heterosexual (0) to exclusively homosexual (6).

But this, too, is a vast over-simplification of the issues that may inform someone’s sexual choices and potential life path.

I see a complex interplay of at least eight factors that men may face in deciding how to live their best lives when they face these kinds of conflicts with their sexuality.

1. What underlying needs is he seeking to meet from men? From women?

These differences in his attractions to men or women will likely play a significant role in what he considers his options to be and the choices he makes about how to live his life.

2. How intense are his attractions?

Sex drives differ. Obviously, not everyone’s sex drive is equally intense. Even within an individual, that intensity naturally fluctuates over the years with age, hormones, stress, personality changes, and more. Plus, counter-intuitively perhaps, a high level of sexual activity can actually increase rather than satiate the desire for more sexual activity, while a lower level of sexual activity sometimes decreases sexual appetites.

A man with a very high sex drive may feel that his options for his life are much more limited than a man with a comparatively low sex drive.

Not all attractions are the same.

Some same-sex-attracted men have strong romantic attractions to other men. They may fall in love relatively easily. They long for a life-long partner. They may expect monogamy and fidelity from a partner. Physical appearance may be much less important than personality, character, and rapport. They are less likely to get satisfaction from pornography. They may, however, be more at risk for emotional dependency or love addiction.

There are other types of attractions as well.

Some men are really just yearning for male attention and platonic love. They may have a “father wound” or an emptiness in their hearts due to a lifetime of feeling unwanted or rejected by male peers. Desperate for connection, they may be willing to “go along” with sexual or romantic behaviors as the price they have to pay in order to feel close to a man. They may tolerate sex in order to receive male touch and attention. These are needs that would likely be much better met through emotionally close, platonic friendships, especially with heterosexual men.

4. Higher or lower need for companionship?

“I’m not the kind of man who can stay single for very long,” one man said. “I need a life partner in order to feel whole.”

Another man told me, “Even if I were 100% heterosexual, I can’t imagine ever marrying a woman. I’m far too introverted and value my personal space too much.”

Clearly, a man with a very high need for close, continuous companionship is going to feel the need to find a partner much more strongly than an introvert who may be happy to meet his social and emotional needs through platonic friendships.

5. How critical is his faith to his happiness?

Sometimes a man’s faith is so central to his life, so essential to his sense of self and life purpose, that he could never leave his religion or his faith in God in order to live a life that would be directly opposed to his faith and his understanding of its teachings.

Others may experience a sense of peace or reprieve in stepping away from religious obligations. I’ve seen cases where doing so actually seems to open up certain men to feel God’s love and grace more fully, apart from what may have been a shame-based obedience within the setting of a religious organization’s expectations.

It is vastly over-simplified and naïve to presume to tell someone to “just” give up his religious faith in order to center his life around his sexual identity and feelings instead.

On the other one, not everyone who faces these kinds of internal struggles is going to be able to give his faith or religion primacy over his sexual feelings forever.

6. How strong is his desire for a family?

Some men with same-sex attractions yearn to have a family of their own and be a father. Some are more motivated by that than by their interest in women (or a woman).

A man who sees a natural family of his own to be critical to his life and identity is going to be much more willing to walk away from same-sex sexual relationships.

Likewise, men who are already married may struggle quite differently based on how content and satisfied they are in aspects of the marriage that have nothing to do with sexuality.

7. To what extent are his struggles wound-based?

Some men feel like they were “wired” to be same-sex attracted from early childhood.

Other men can point to specific painful, wounding relationships and experiences that left them yearning for male acceptance, affirmation, and positive attention—a yearning that, somewhere along the line, they may have inadvertently sexualized.

A man who is able to do the hard work of healing those wounds as he matures is much more likely to want to embrace a heterosexual lifestyle eventually.

A man who is either unable to do that work or just doesn’t see any connection between emotional wounds and his sexuality will have much less motivation, if any, to pursue a heterosexual lifestyle.

8. How will the choices he makes affect his sense of identity and life purpose?

Some men, whatever the reason, just cannot seem to embrace a gay identity. It doesn’t feel like who they really are inside. Nor can they envision living a purpose-driven life devoid of family or faith or whatever other sacrifices might come with living a gay identity and lifestyle.

Other men feel that embracing a gay identity is the only authentic choice for them and the only path to an honest, meaningful life.

I hope you have caught a glimpse of how complicated the issues can be when a man’s sexuality conflicts with his faith, values, beliefs, identity and life goals.

We can never judge how a particular man “should” address his same-sex attractions and the life path he “should” walk. The best we can do his love and accept him as he seeks to live his best life possible.