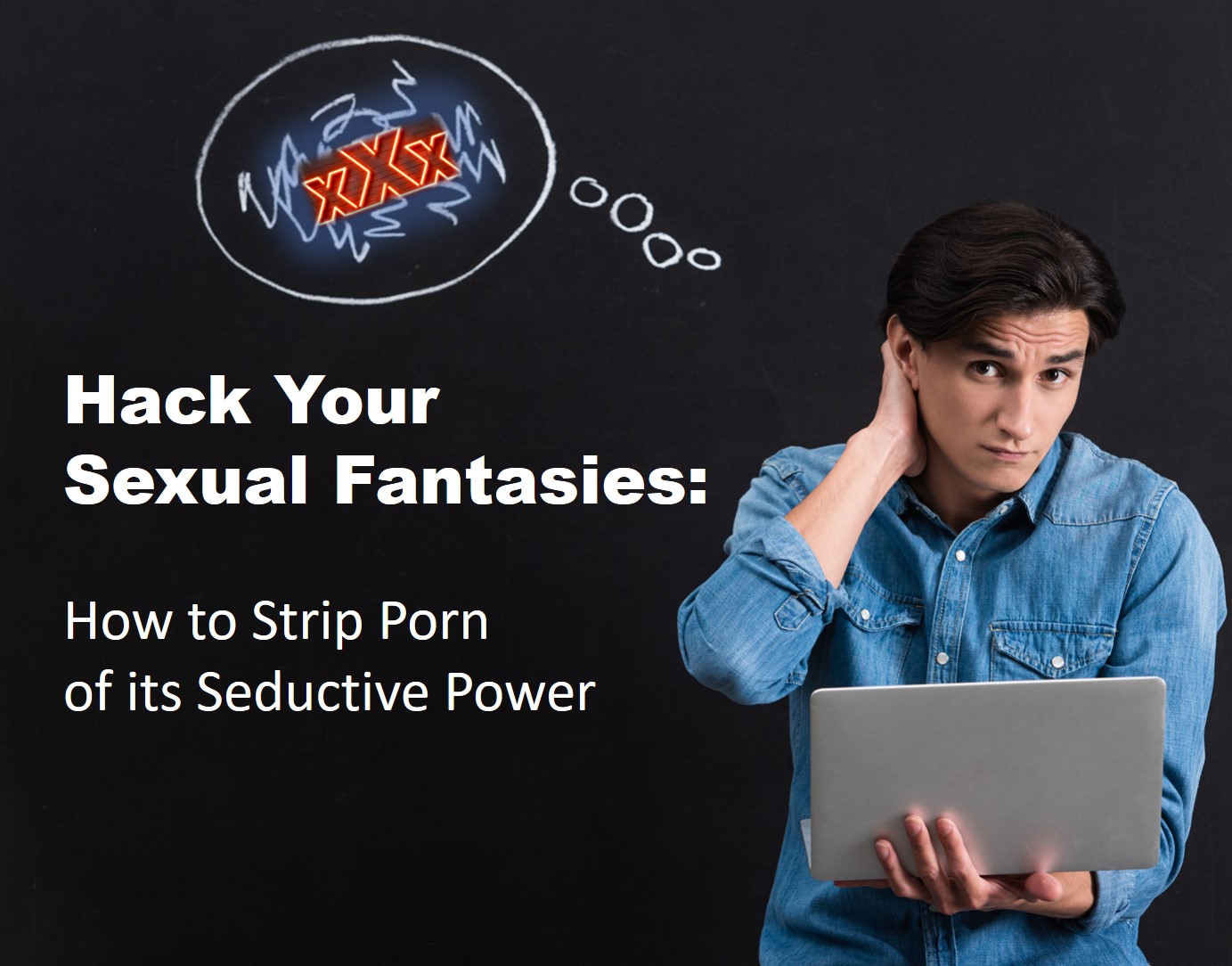 On this webinar discussion, we’ll talked to Husband Material founder Drew Boa on the secrets of “hacking” your sexual fantasies — stripping them of their seductive power by discovering their underlying good intentions and even “holy longings.”

He walked us through a process of: 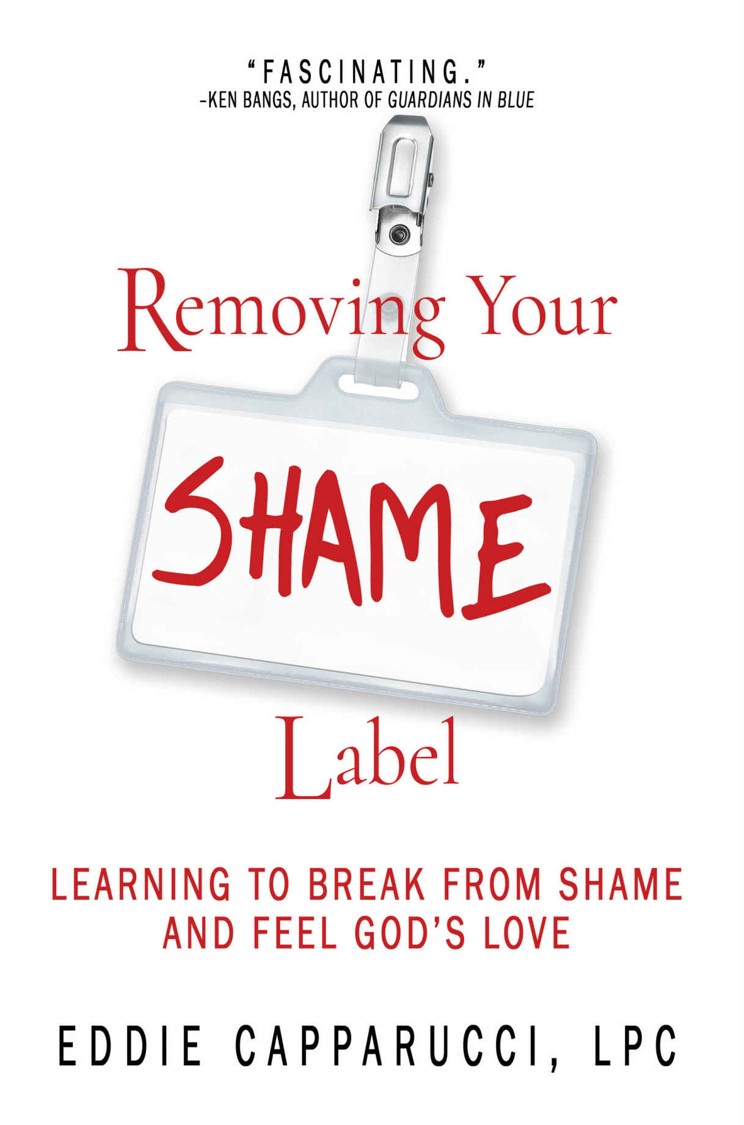 Removing the Shame Label: Opening Your Heart to Acceptance and Love

Therapist and author Dr. Eddie Capparuccia returned to our Brothers Road webinar series to share key themes from his 2018 book, Removing Your Shame Label: Learning to Break From Shame and Feel God’s Love.

Shame may be the most destructive of all emotions, Dr. Capparucci says. It can destroy a person’s self-worth.

In this recording of our live March 31, 2021 webinar, he discussed breaking free from:

Dr. Capparucci is a licensed professional counselor and a Certified Sexual Addiction Specialist. He is author of the groundbreaking 2020 book, Going Deeper: How the Inner Child Impacts Your Sexual Addiction. 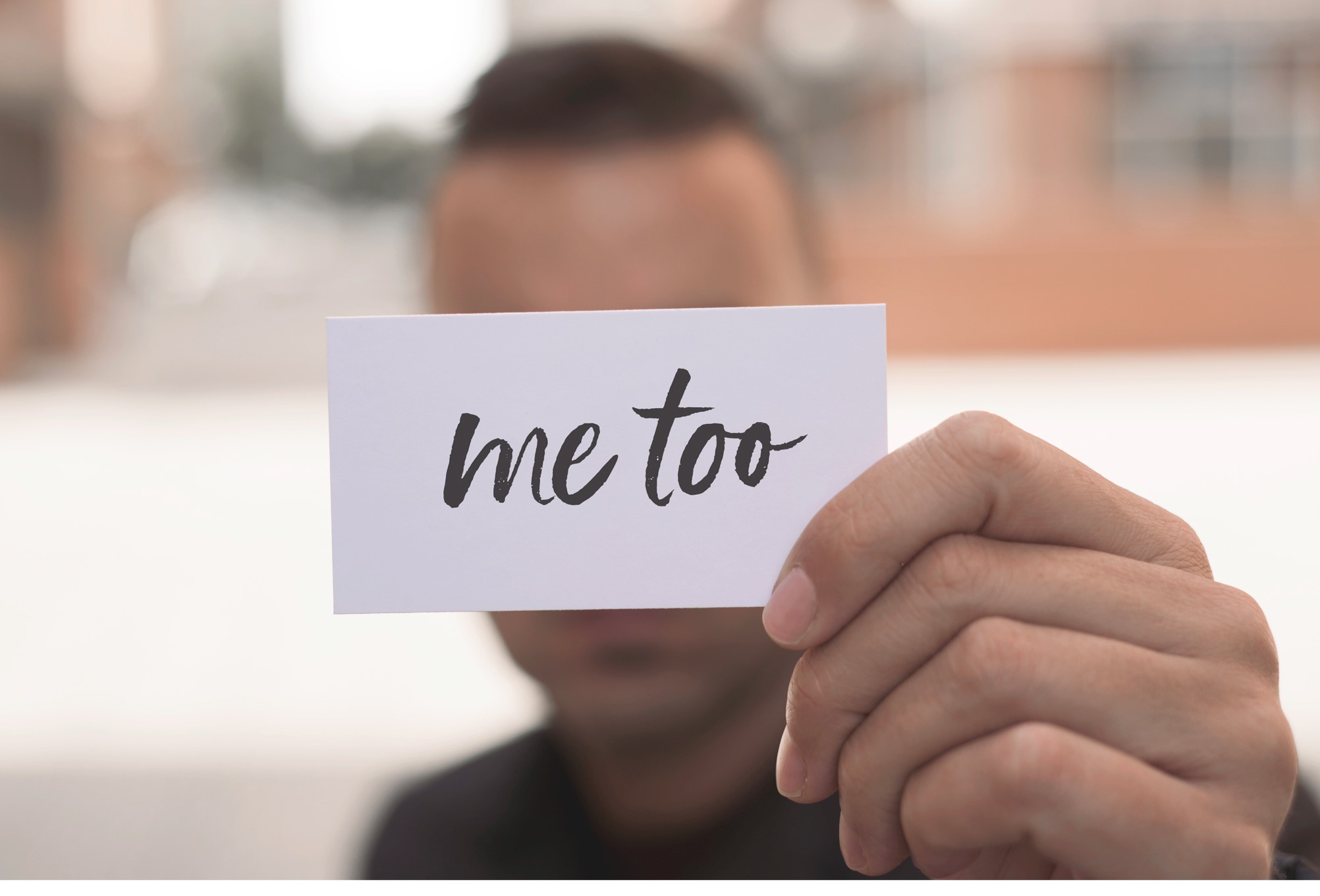 It Can Happen to Boys Too: Men Healing From Childhood Sexual Trauma

Psychologist and author Dr. Doug Carpenter returns to our Brothers Road webinar series to dig deeper into the potentially lifelong distress of childhood sexual trauma and its uniquely damaging impact on boys.

Boys are typically socialized to live up to the “Man Rules” of modern male culture — “Don’t be weak,” “Don’t be a victim,” “Don’t need help,” “Don’t cry,” and more. For that reason, boys may suppress and hide their pain for years, even decades, before getting help.

But there is a path forward, and Dr. Carpenter shares healing strategies and coping mechanisms that can help to change a man’s life.

Dr. Carpenter is co-founder of Insight Counseling Services in Rochester, Michigan, and author of the book, Childhood Trauma and the Non-Alpha Male. He is currently finalizing a new book, “Secret Shame: Implications of Male Sexual Abuse on Male Sexual Development.” 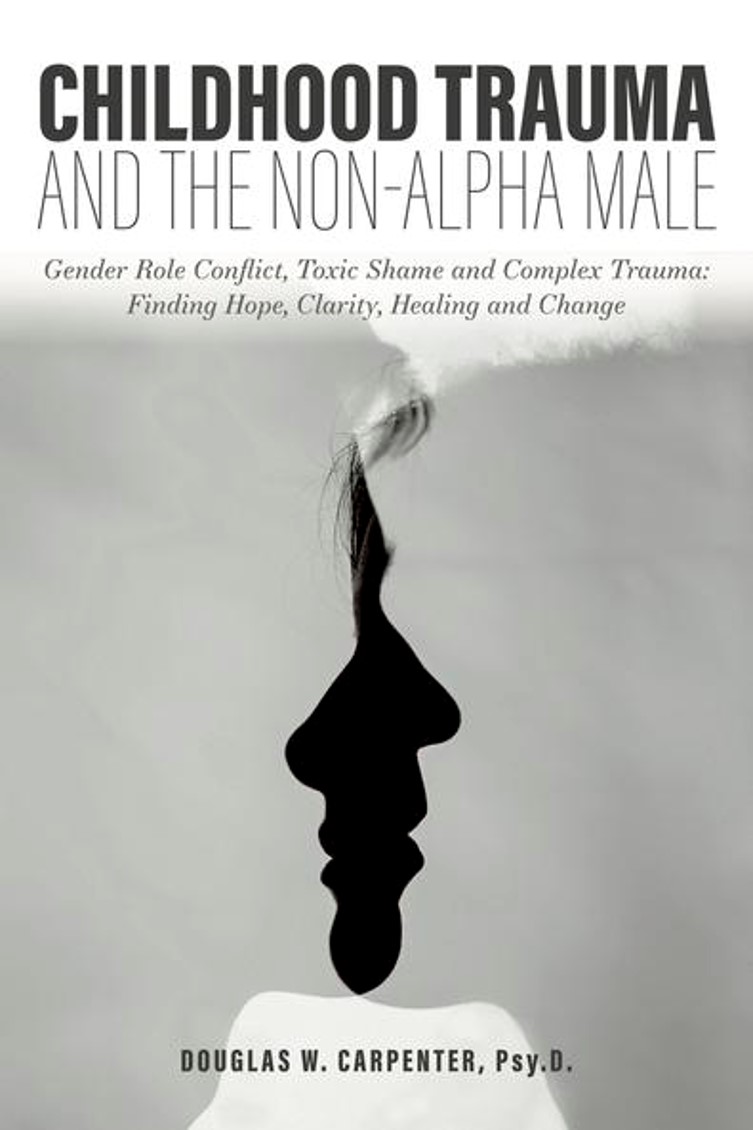 From Boyhood Trauma to Healthy Masculinity

A conversation with Douglas W. Carpenter, a psychologist and professor who wrote Childhood Trauma and the Non-Alpha Male to support men who have struggled finding their place in the masculine world and who, often as a result, have experienced bullying, abuse, shame and trauma

Dr. Carpenter teaches that while trauma can cause lifelong distress for anyone, it may be uniquely painful for the “non-alpha male” — the boy or man who doesn’t fit idealized cultural expectations of masculinity. Non-alpha males are prone to behavioral and self-esteem issues, gender role conflict, toxic shame, and complex trauma.

But there is a healing path forward, through: 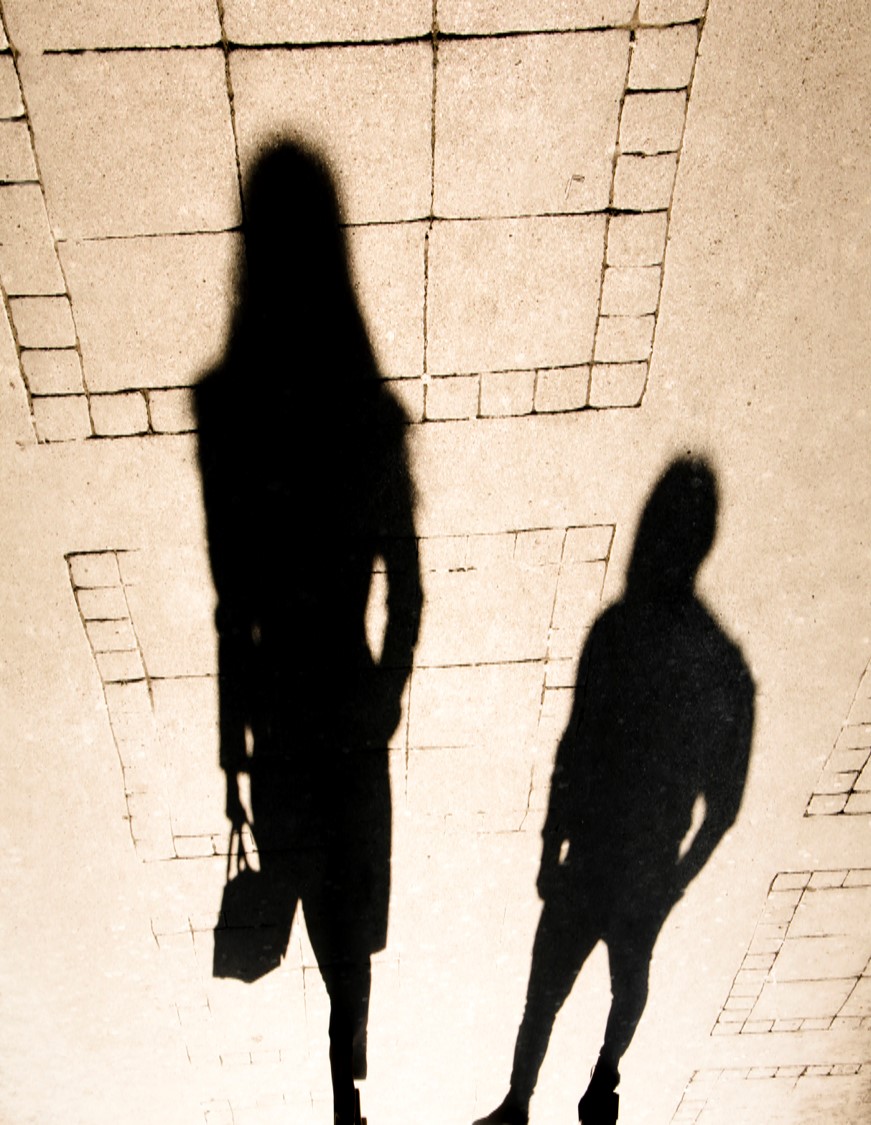 Wounded by the Feminine: A Healing Webinar for Men

A conversation with Britta Eskey, expert facilitator of deep inner-healing work, co-creator of the Noble Man experiential retreat and the online “Men’s Immersion Weekend,” and co-founder of COR.

A great many men have a rather complex relationship with women and feminine energy generally. Men may be both drawn to women and defended against them, fearful of past bad experiences repeating themselves. Other men may be enmeshed with women, even taking personal responsibility for the woman’s emotions and needs. Many have been deeply wounded by the “Shadow Feminine” and have gotten stuck in their wounds, unable to heal and move on.

Britta has spent over 30 years supporting men in working through wounds like these to heal, let go, and learn to stand in their masculine essence in the presence of women. 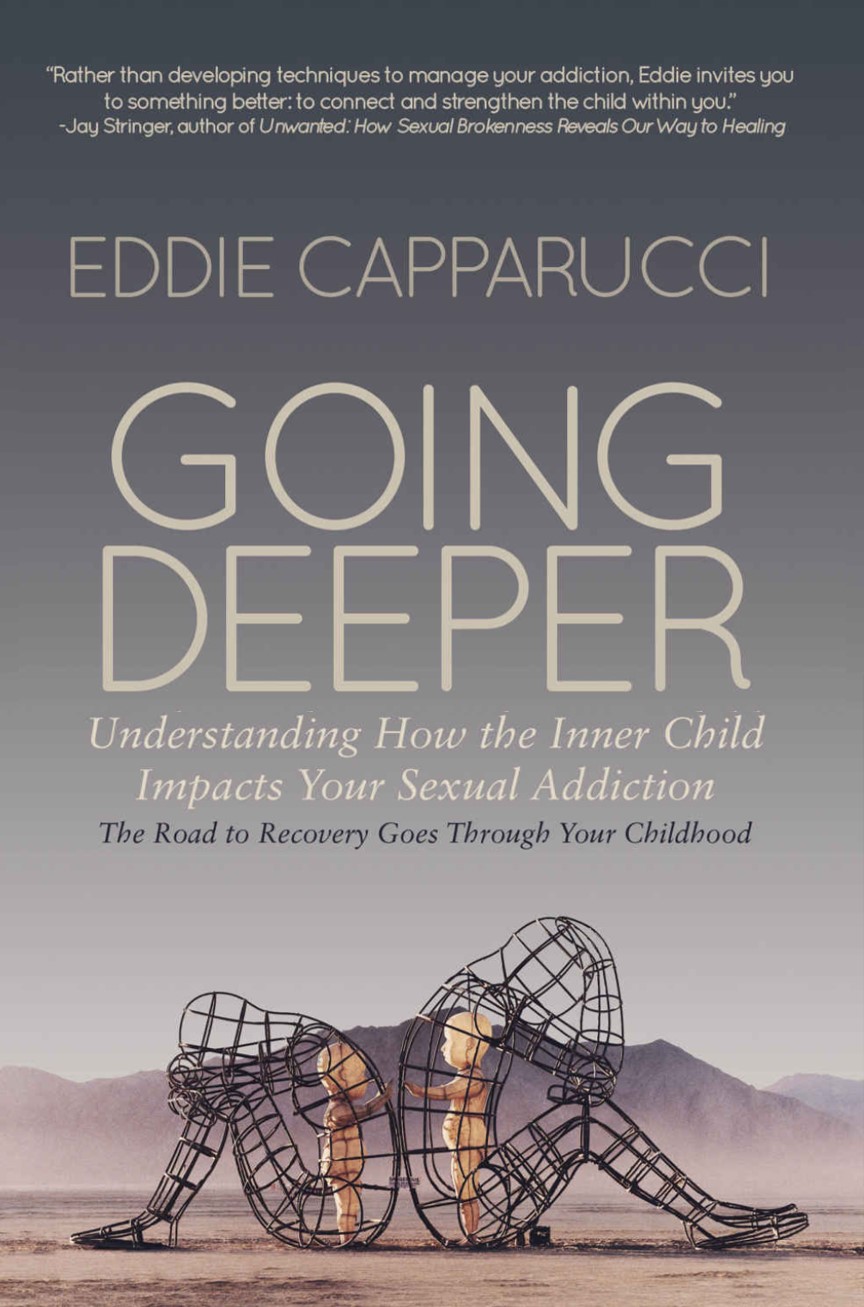 Going Deeper: How the Inner Child Impacts Your Sexual Addiction

A conversation with Eddie Capparucci, Licensed Professional Counselor and author of two books, including “Going Deeper: How the Inner Child Impacts Your Sexual Addiction.”

The road to recovery goes through your childhood, Eddie Capparucci teaches. In other words, if we understand why we do what we do, our ability to shift away from undesirable behaviors dramatically increases. Sexual addiction is not sex, he says. It is the result of a man’s inability to identify and process emotional pain.

(It’s worth noting that Eddie’s philosophy is very much in line with the Brothers Road “HeartPower” principles, in which “discovering the why” and then healing the underlying wounds and meeting the real needs are key to breaking unwanted sexual habits.)

Eddie describes the most common types of the inner child that can drive adult men to unwanted sexual behaviors (the bored child, the unnoticed child, etc.). He then breaks down critical steps to healing: Identifying core emotional triggers, processing the inner child’s emotional pain, and more. 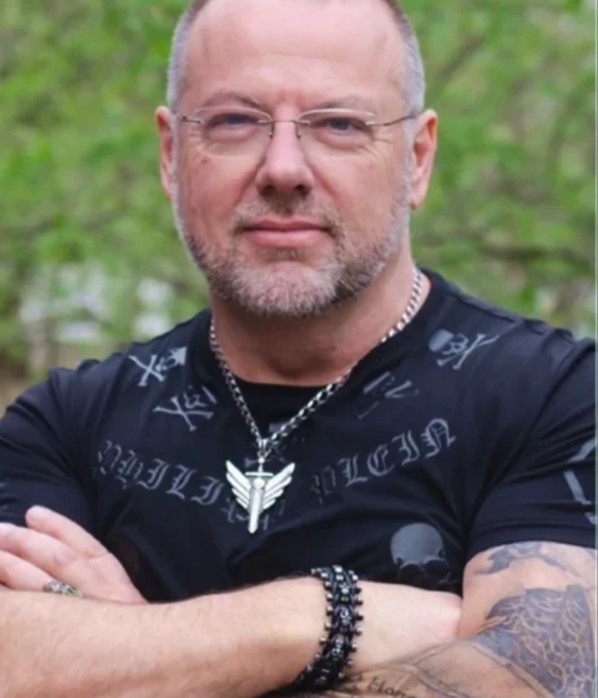 No More Mr. Nice Guy: Getting What You Really Want in Life

A conversation with Mark Edward Davis, Certified “No More Mr. Nice Guy” Coach and author of three books, including “Confidence of the Authentic Man.” Mark’s mentor, Dr. Robert Glover, popularized the idea of the “Nice Guy Syndrome” in his 2003 book, “No More Mr. Nice Guy.”

“Nice Guys” are obsessed with seeking others’ approval and with avoiding conflict at all costs. They have few boundaries because they don’t know they are even worthy of having boundaries. They are so busy making sure everyone else is okay that they don’t even recognize they have needs of their own

The opposite of a nice guy is not a bad guy or a mean guy. The opposite is an integrated man: A man who has a strong sense of self and likes himself just as he is. He takes responsibility for getting his authentic needs met. He’s not afraid to experience and express his feelings. 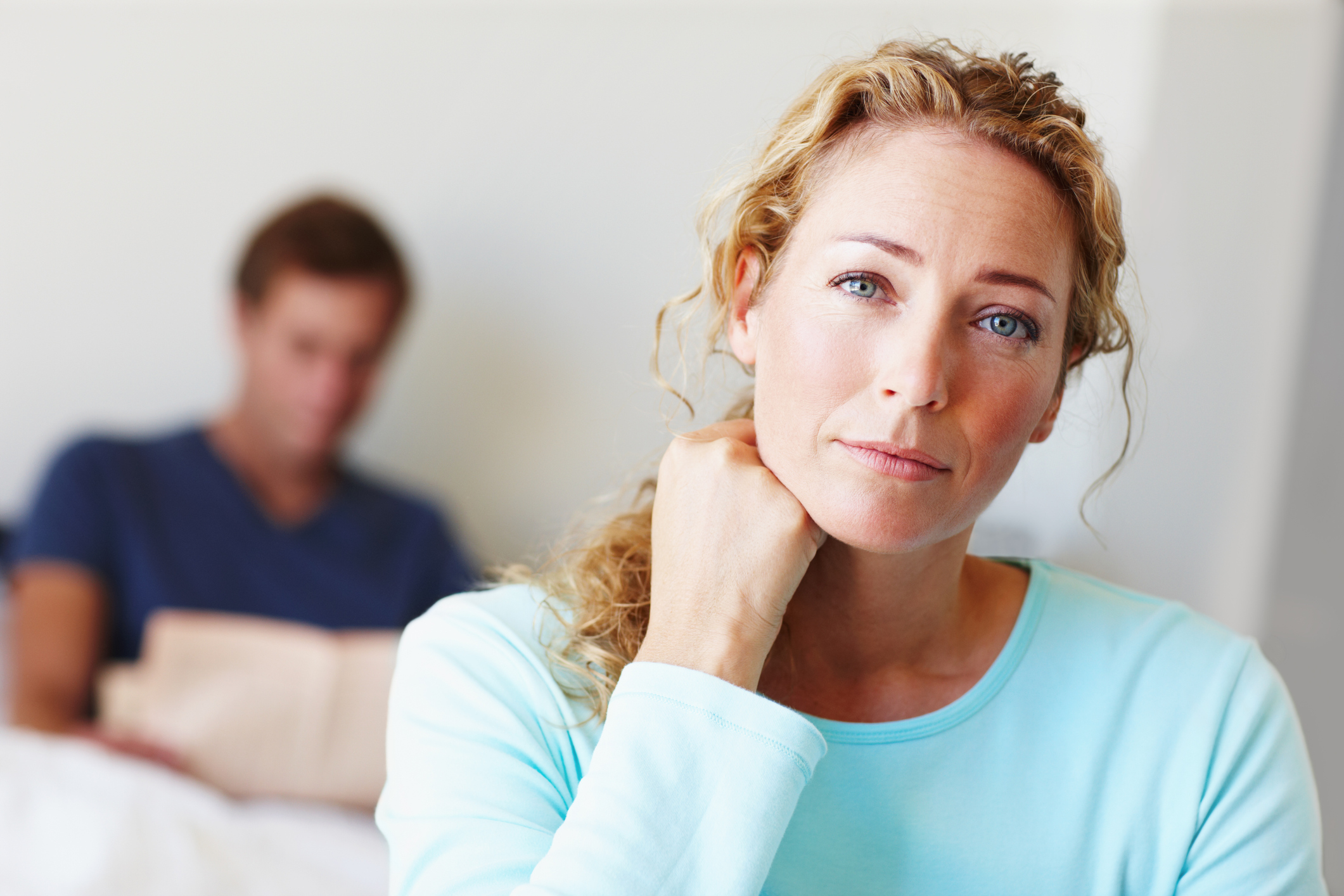 “My Husband Is Attracted to Men — Now What?”

A conversation with two couples whose marriages were severely tested when the husband revealed that he was attracted to men. In this unique webinar, they will share their struggles and successes and how they came to rebuild their marriages on a foundation of rigorous authenticity, forgiveness, rebuilt trust and renewed love. 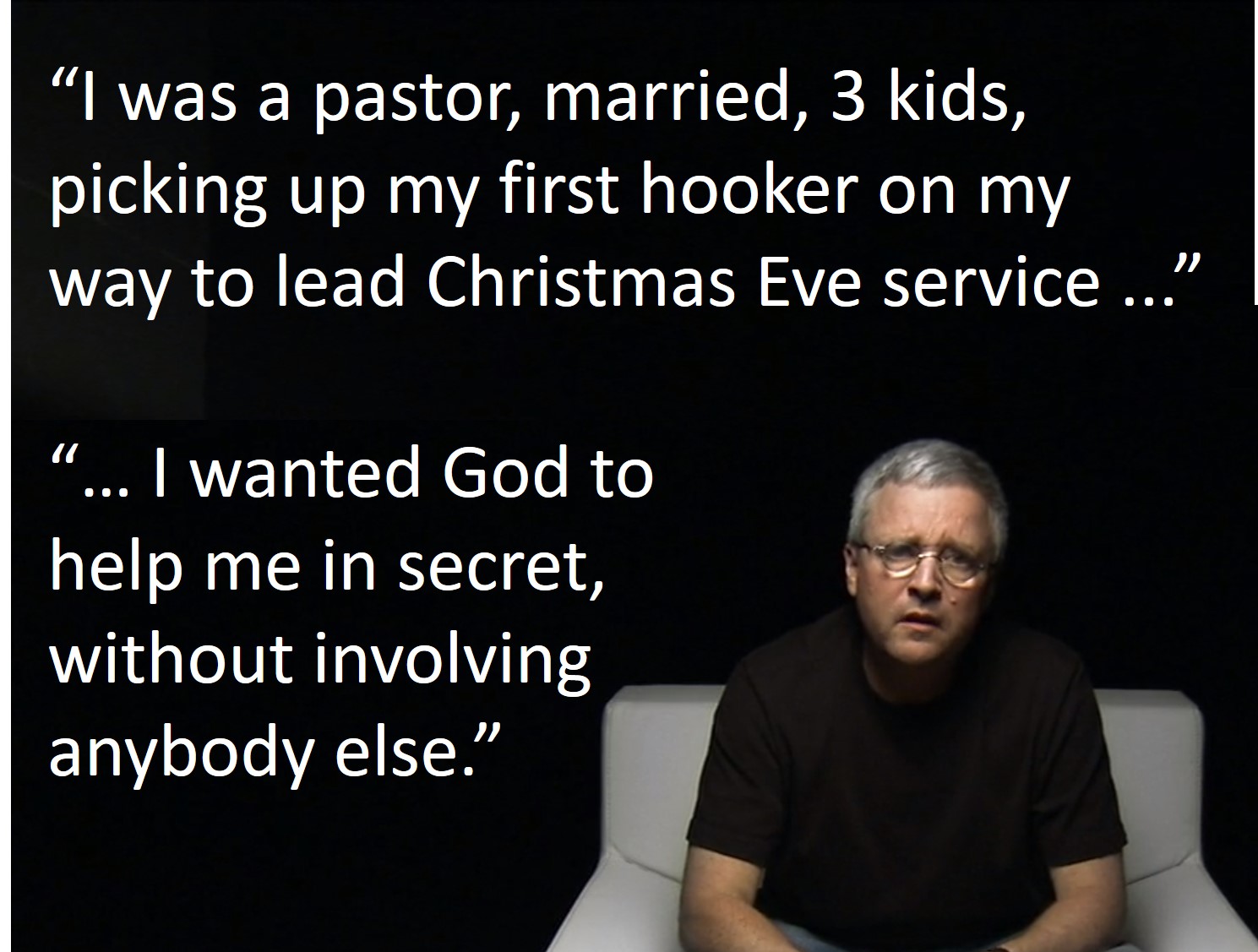 Out of Sex Addiction: Meeting God in Authentic Brotherhood

Nate Larkin, founder of the Samson Society and author of Samson and the Pirate Monks: Calling Men to Authentic Brotherhood, a preacher’s kid, planned his whole life for ministry. His plans didn’t work out so well. After more than two decades of secret and steadily intensifying compulsive sexual behavior, Nate’s nightmare finally ended in a painful collision with reality.

In this vulnerable webinar, Nate shares his story and how his eventual rescue from sex addiction came not from praying for God to intervene in isolation but by encountering God through authentic and trusting relationships with accountability partners, friends and brothers. 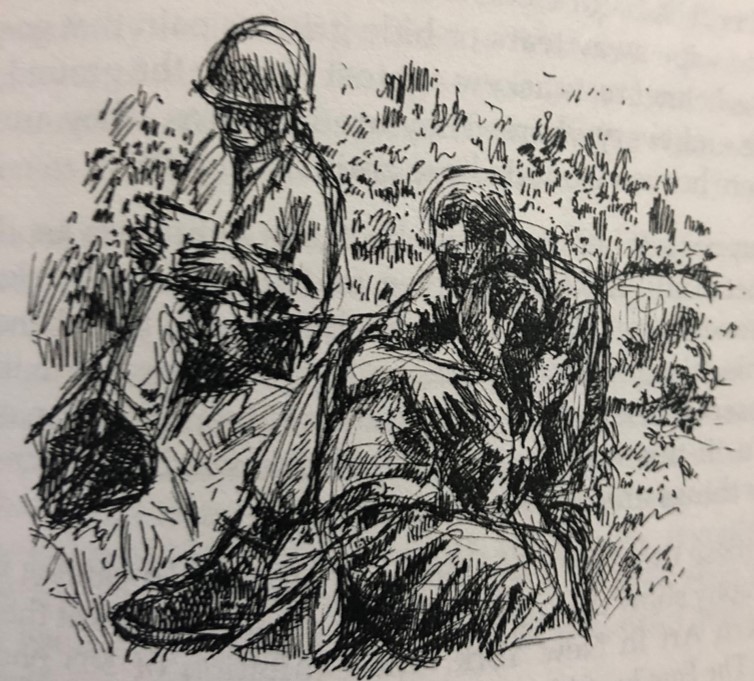 Tim is the author of a daring and heartfelt book about his and other men’s struggles that come from sexualizing their own gender — and about the healing balm of radically vulnerable friendships and unconditional love.

Tim describes his book as being about “an ache and a longing in our culture for friendship and brotherhood. It is a book about hungers of the heart. It’s about boys who needed connections to loving men and friends growing up, but instead received abuse and absence. This book is one man’s spiritual odyssey.” 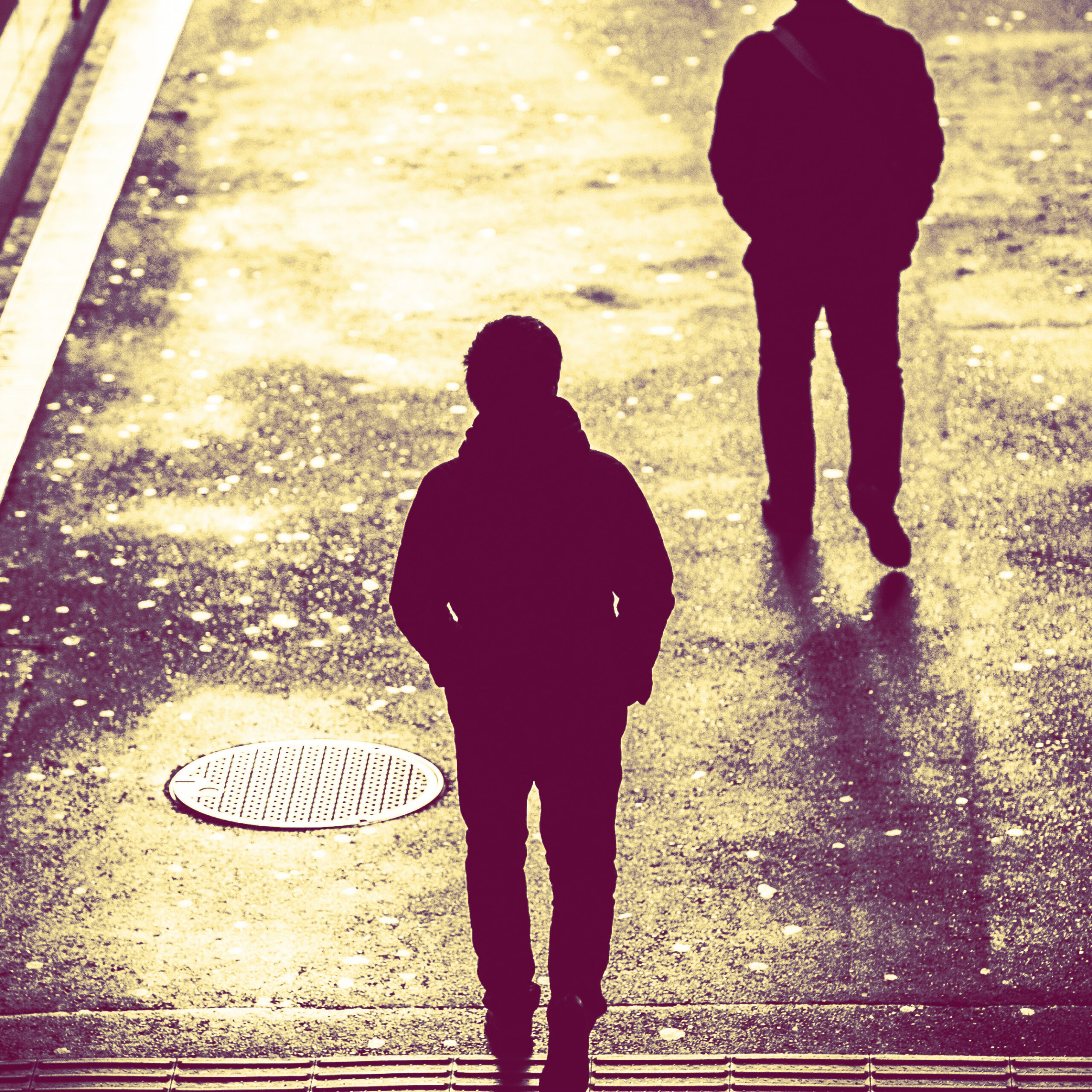 Maybe he started out as your new best friend — a man who really “got” you, and the two of you just “clicked.” Maybe this seemed like the friendship of a lifetime. But soon, maybe you realized you thought about him almost every minute of the day. You craved constant connection and attention from him. Your relationship with him overshadowed all your other relationships — maybe even with your wife.

Is it emotional dependency? Co-dependency? Enmeshment? Obsession? What do you do when your “ideal” friendship becomes unhealthy? How do you break out of unhealthy cycles? Can the friendship be saved? Should it be? 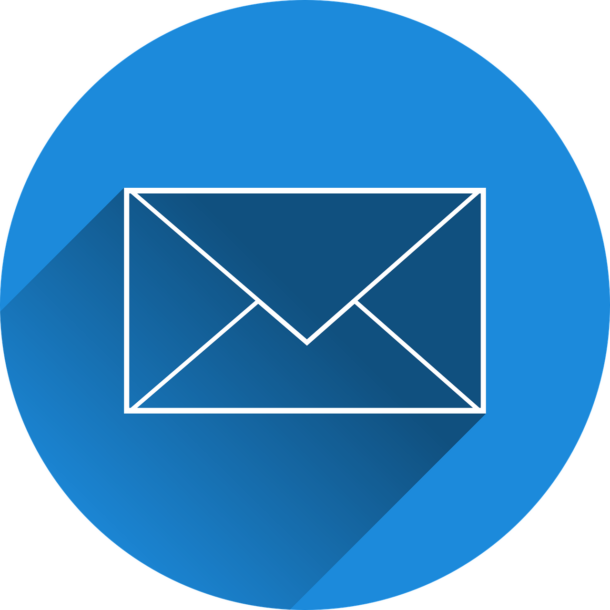 Subscribe To Our Newsletter and Never Miss Another Update

You have Successfully Subscribed!