Many of us in the Brothers Road community share a common history: 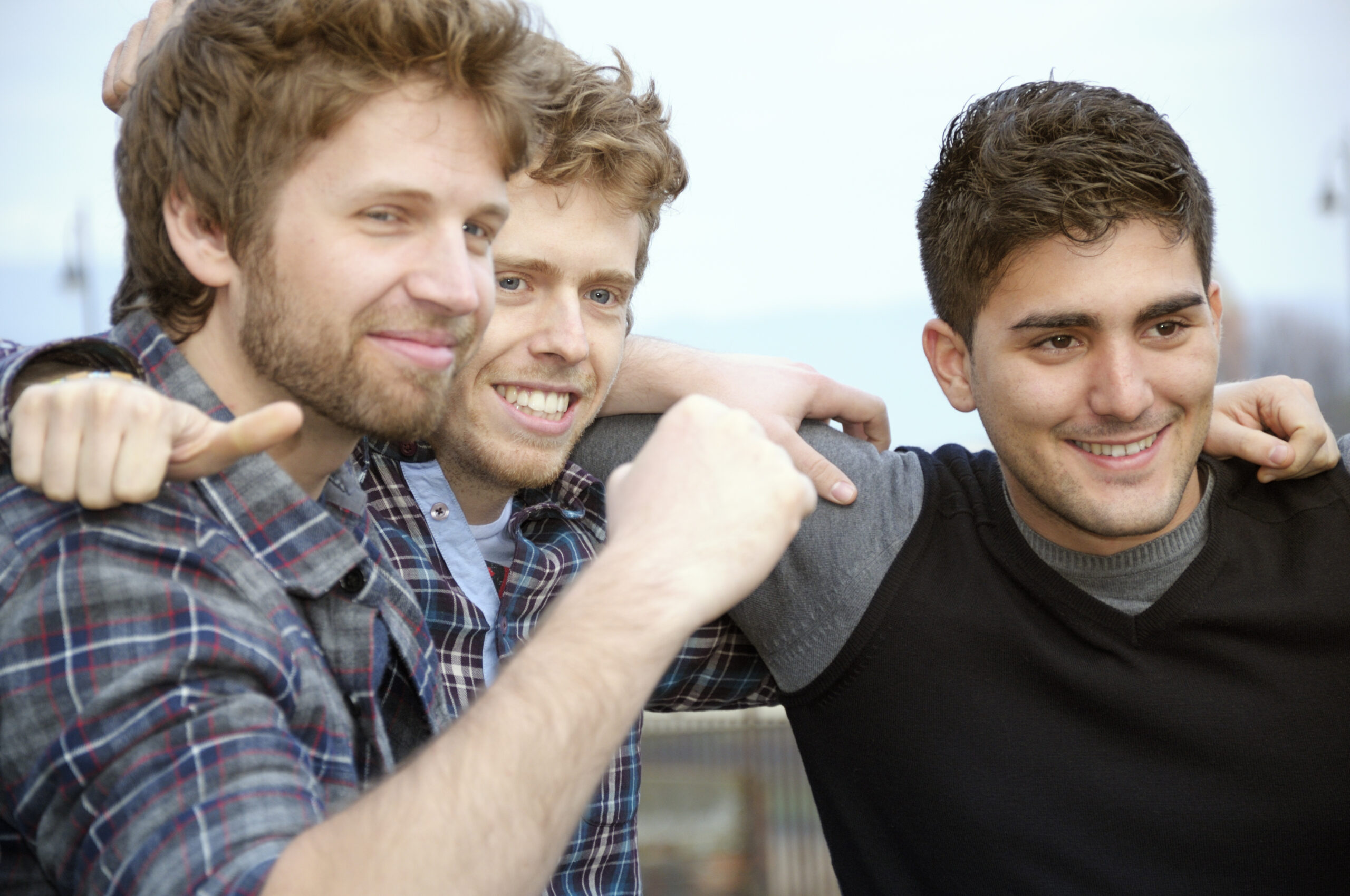 While our experiences are not universal, they are very common in our community. Here is our approach.

Connecting to Our Own Masculinity

We consciously work to develop our internal sense of masculinity.

Bonding as Brothers With Other Men

We take the risk of including ourselves in the world of men in new ways.

We consciously work to develop healthier relationships with women.

When I started my inner-healing journey, I made a point of becoming more involved in the world of men, while still being true to myself. I found the best thing for me was to throw myself into being more involved with men (non-sexually, of course), even when it was scary!

If there is something I especially admire about a man, that’s okay. It does not mean I am an inadequate man. So I can relate to other men far better than I used to.
I have better self-esteem and I am far more assertive.

Men I used to admire and fear, I no longer see as demigods — they’re just guys who have particular attributes I like. I can talk to them if I want and relate to them as equals.

I feel more at peace in my own body. I no longer consider myself less than other men, and even when I meet a man I previously would have feared and would have been attracted to, I can acknowledge his attributes, physical or otherwise, but not feel inferior to him.

I still have feelings of same-sex attraction but on a relatively infrequent basis. There has been a considerable reduction. Generally, when I experience SSA today, I can see that it’s because I am feeling inadequate in my own masculinity.
I view women completely differently today, too. In some sense I find it harder to relate to them, as I don’t understand them. But that’s okay. It’s all right for me to not think like a woman!  I notice women now in a different way. I notice their femininity, and their differences — which can be both rewarding and infuriating at the same time!

Alex, Scotland
I realized that interacting with men in a sexual way wasn’t helping me attain masculinity within myself. That was futile. Like drinking salt water to quench a thirst. Today when I see a good-looking guy, I no longer want to engage with him in any sort of sexual way. I see him as an equal — a brother with good and bad qualities, just like me.
Mohamed, United Kingdom
I have learned to assert myself and to not allow myself to be taken advantage of. I have improved as a husband and father, with incredible confidence. I have learned to relate to other men as a man among men, rather than seeing myself as less-than or unworthy of masculine love and affirmation. I feel like a man, and for the first time in my life, I am actually thankful to be a man.
Charles, Ohio, USA
I took a year off of ‘hanging out’ with women. This included a year off from dating or using women as my best friend. All of my activities for the year were prioritized to hanging out with other men in different ways and exploring the masculine world.

After ‘detoxing’ from the feminine for a year, I was better able to start to date from a different, more grounded place.

Now that I’m married, I still need to self-evaluate regularly: “Am I becoming just my wife’s best friend? Or am I being the man I need to be with her?”

Connecting with mentors is important to me as we discuss our relationships with our wives. It helps me stay grounded and focused.

Jay, Arizona, USA
I used to feel much more in common with women than with other men, though I certainly never thought of myself as a woman. Now I feel fully masculine and realize that masculinity is a spectrum, not simply the hyper-masculinized stereotypes portrayed in the media.

The sight of a physically attractive man used to immediately trigger sexual arousal and fantasies. Now I see another man, much like myself, with physical characteristics that I either identify with or admire. I also see a whole person, with a history, with relationships, with faults, not just a physical image.

I attended Journey Into Manhood and it completely improved my self-esteem and concept of sexuality, due in part to the safe community of non-sexual male friendships I developed as a result. I attended an advanced experiential learning weekend called Journey Beyond that further solidified my sense of mature masculinity. I developed confidence to be the man I was intended to be.

I now have a group of men I meet with weekly, to continue healthy relationships with salient, encouraging men. They are straight, bi and gay, and I love and trust each one with some of the most private and intimate details of my life.

Lies that I believed from childhood made me feel insecure and inadequate in the world of men. Some of those lies were told to me by others, and some of them I told myself. Learning to accept myself as a real man was and is so powerful. Finding myself in the world of men (both heterosexual men and men with SSA) and feeling like I belong is so freeing. It takes away the pain and the loneliness of my past.

I used to feel I needed to own the masculinity of another man. As I have learned to connect with other men non-sexually, I have gradually gained the understanding that I really am just like other men: no better, and no worse. Just part of the tribe.

I used to see myself as a little boy in a man’s body. After Journey into Manhood, I saw a completely different change in my cognitive thinking about me being a man just as I am, warts and all.

Once I allowed myself to take a chance and become friends with men outside of the gay or same-sex attracted groups, I finally realized that I could do those things that other men did and that I could be part of that community. I now enjoy NASCAR, football, and I even go riding with my ‘real men’ friends on our off-road vehicles. Yes, I bought a recreational UTV (utility terrain vehicle)! I bought football season tickets to our local university, and I go with my wife to at least two NASCAR races every year. Life is great!

I read a lot about feeling masculine, but I thought it meant I had to change to be more masculine. In one Journey Into Manhood weekend I was able to make incredible progress toward feeling masculine and belonging in the world of men—and the only thing I changed was my thinking.

I used to identify too closely with women. I had a close relationship with my mother and sister, and felt I could intuit what they were thinking and feeling at all times.

As my sense of masculinity developed, it was important for me to individuate from the feminine, to realize I was separate from women. For several years I enjoyed simply forgetting that women existed. My life became all about connecting with men and my own masculinity. I feared being engulfed, abandoned or controlled by a woman.

Gradually, however, as I began dating my girlfriend who has now become my wife, I was able to release these false beliefs. I can honestly say I am genuinely sexually attracted to my wife.

For Men, Not SSA-Specific (But Still Welcoming of SSA Men & SSA Issues)