At its root, SSA is a relational, not sexual, issue. It can only be truly addressed in safe, platonic, supportive friendships and communities.

At its root, same-sex attraction is not a sexual issue but a relational issue. It cannot be addressed in isolation, hiding from others. It can only be addressed in relationships — especially safe, platonic, supportive friendships with others of the same sex.

The core needs of any man include the need to:

As men with SSA concerns, we feel these particular needs especially deeply.

If we are really going to dig into our underlying issues and embrace our authentic masculinity, we have no choice but to heal and grow in relationships, primarily with men, usually, and then secondarily with women. 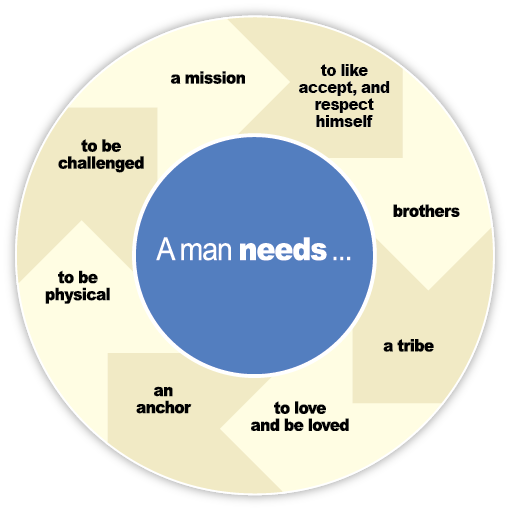 I struggled in silence for 20 years thinking I could change myself if I just had the right understanding and the right techniques. But it wasn’t until I came into the Brothers Road community and allowed myself to be loved — just as I am — that phenomenal changes started taking place in my life and in my interactions with others.

You walk into the room at Journey Into Manhood, and all of a sudden these men know more about you than people you’ve known your whole life know about you. And you know more about them, too.

To be able to connect so authentically, with nothing holding you back, it’s life-changing if you’ve been hiding something like same-sex attraction your whole life.

When a man who has been conflicted over and ashamed of his same-sex attractions finally finds an understanding, supportive community of men who share similar concerns and have similar values, he can suddenly feel like a new man — like he’s been giving a new life.

And that can be true, in many ways. To no longer have to walk such a difficult road alone, in secrecy, can be a life-changing breakthrough.

How do you do it? 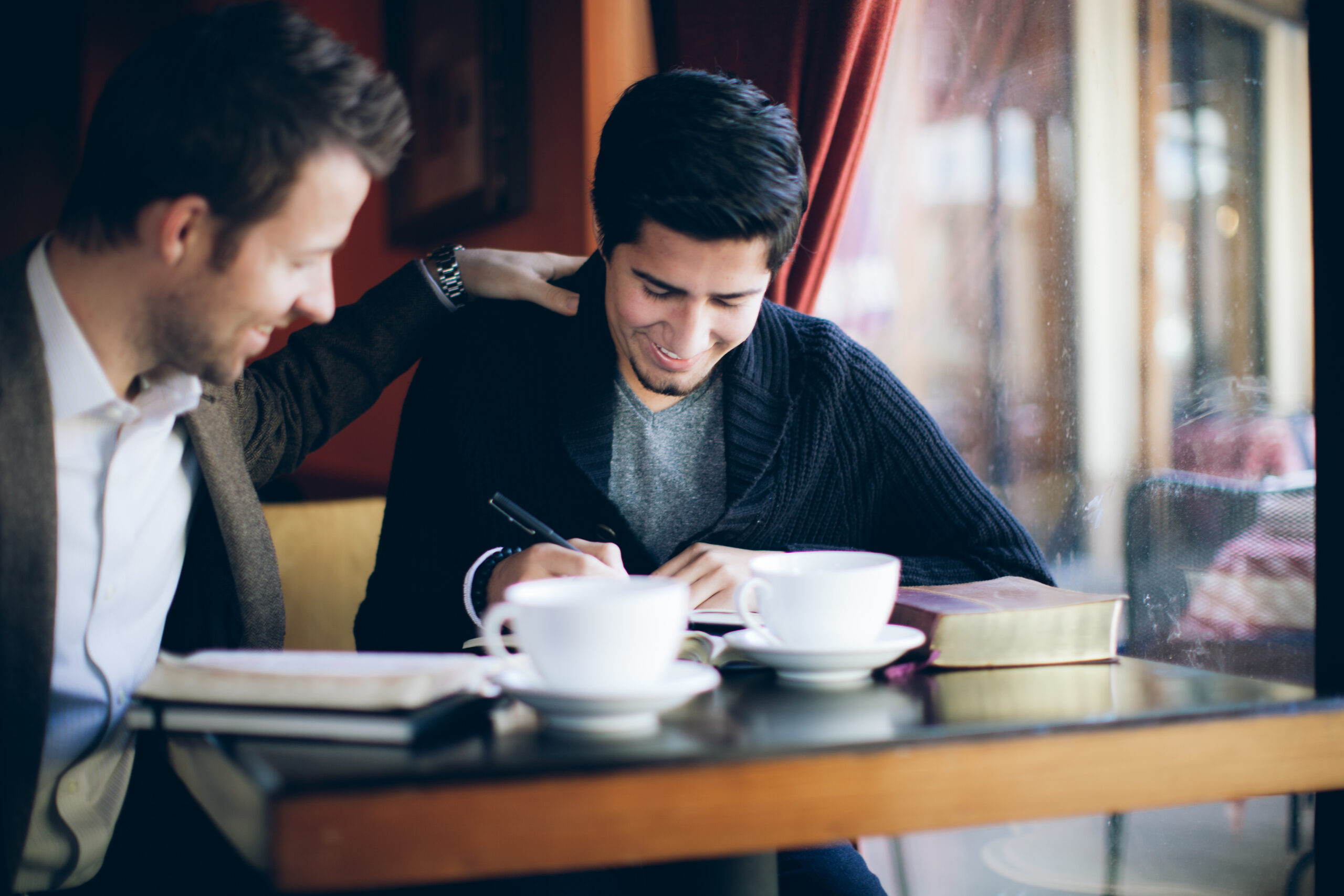 Reaching out may be the turning point you’ve been hoping and praying for all these years.

Shame, secrecy, fear of men, fear of rejection, not knowing how to fit in — all of these can be formidable barriers to building authentic, meaningful friendships with other men. Even if that’s what we really need more than anything else. 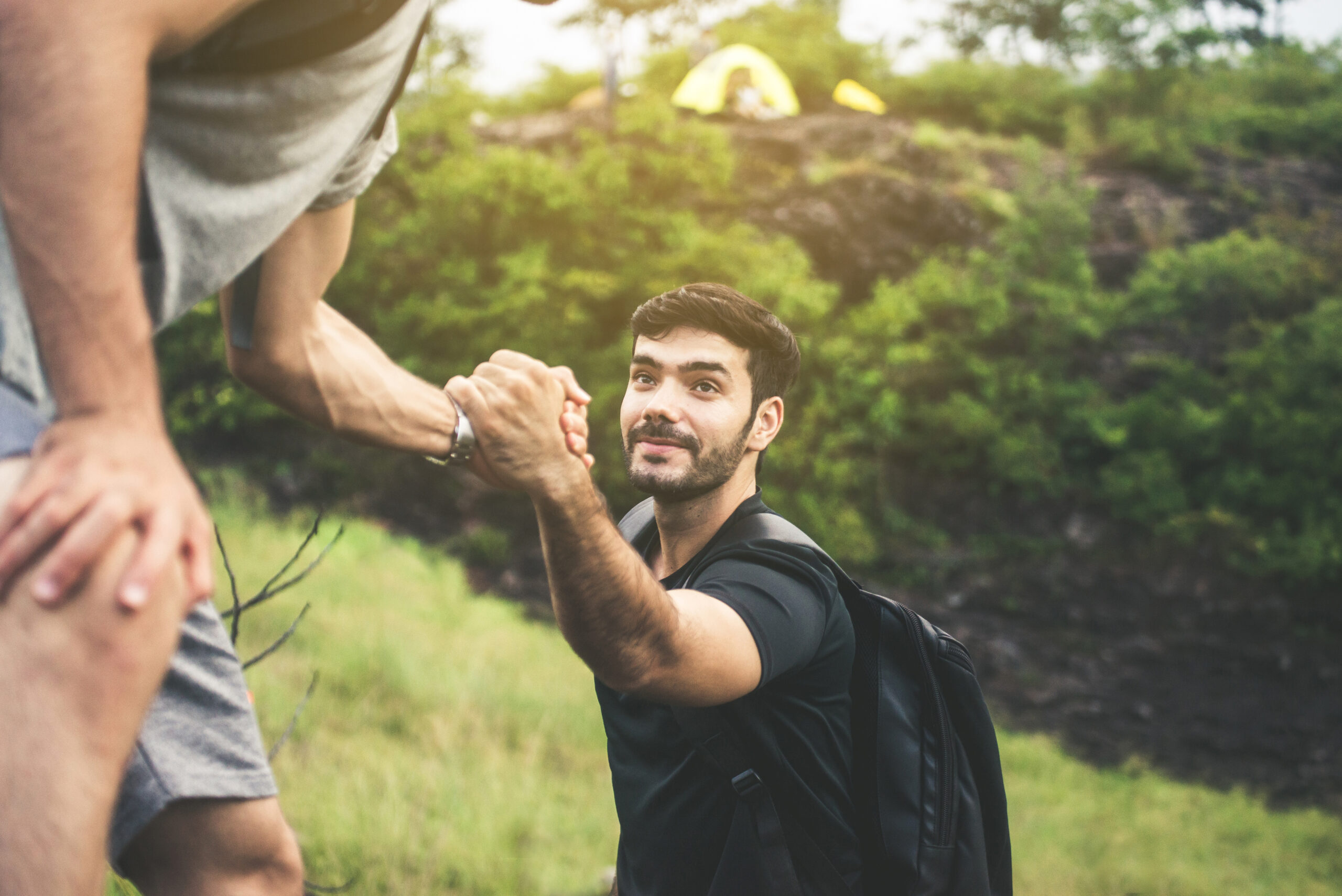 Over time, you’ll likely notice that when you “friendship tank” is full, you’ll be much less tempted to fall into depression, self-pity or problematic sexual behaviors. Because that’s probably what you really needed all along.

How do you go about it?

If you’ve taken any of steps to get support and build community that we described above, you’ve got a big head start. From there:

So try focusing on initiating activities first, then heart-to-heart conversations. Men tend to want to act, not just talk. But they will often open up within the context of a shared activity.

Also, you’ll likely need to build different friendships around different activities and interests, at least originally. Don’t expect one man to meet all your needs. 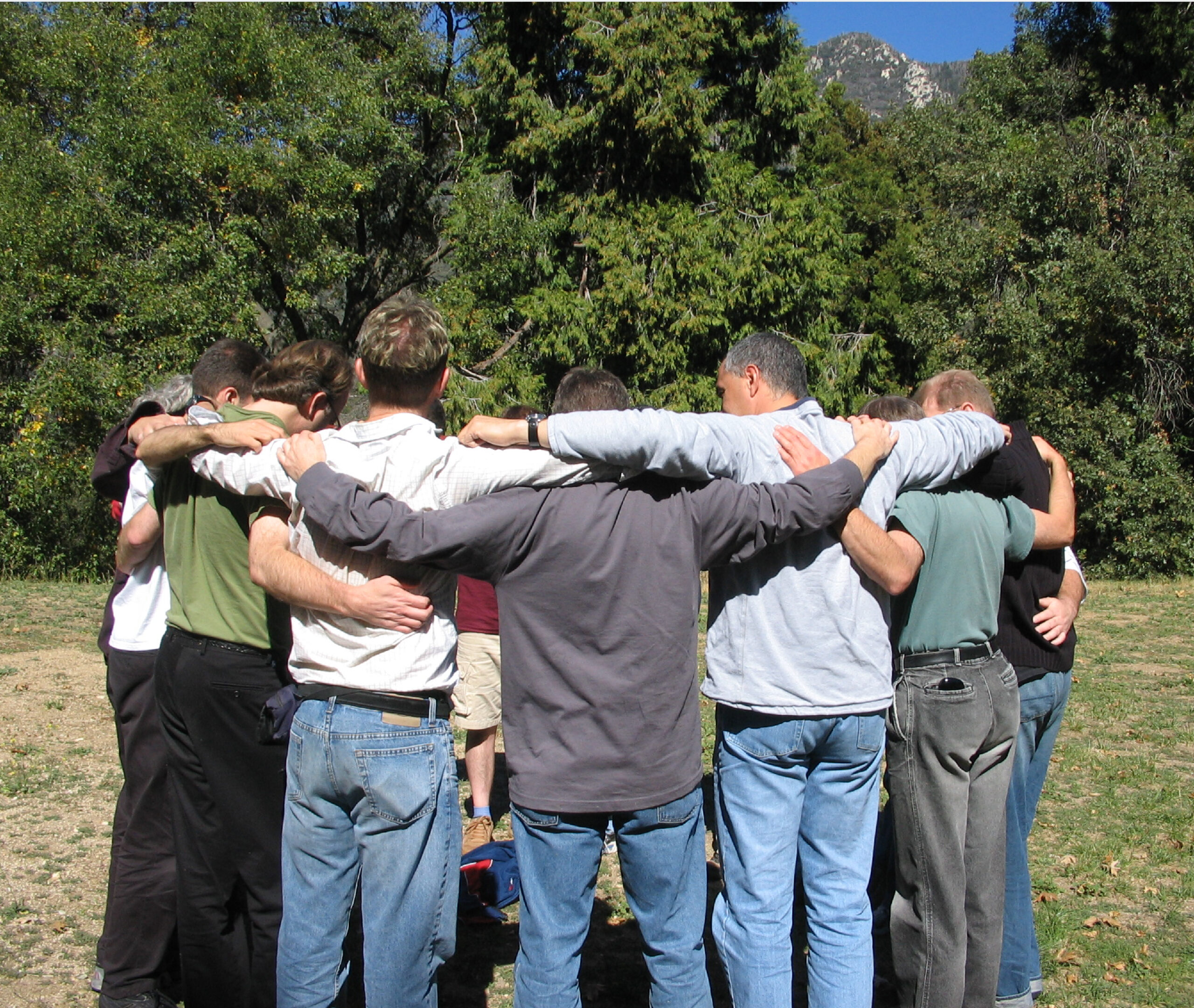 NEXT: Get Sexually Sober

I searched and prayed for many years to find a support network, a brotherhood of men who shared my struggle. Alone and isolated, I knew that there had to be other men who were in the same boat — sexually attracted to the same gender but choosing not to act upon it. I felt lost and confused in my search, fearful that I might just be alone in my desperation.

Finding a support network in my local community and through Brothers Road has been an enormous blessing. I now know that I do not struggle alone, that there are many men who walk in my shoes and who are there for support, encouragement, accountability and friendship.

How could I rely on heterosexual men to be there for me, to be my friends, to meet my needs for male companionship and affirmation? I had always believed the only men who wanted anything to do with other men were gay.

My counselor helped me open my mind and heart to the possibility of finding heterosexual men whom I could turn to for help and support throughout my week. It was terrifying, but I approached Martin, a man at my church about eight years older than I, and asked him to be a spiritual mentor to me. He readily agreed.

Support was critical for me. I used to be incredibly isolated. When I learned that other men struggled in the same ways I did, that greatly reduced my shame. I now have a band of brothers with whom I can share anything. I judge there are very few men on the planet who can truthfully say that. Same-sex attraction has proved a blessing beyond my wildest dreams. A sexual feeling toward another man is simply a signal to me — a signal that I need deep platonic connection with the world of men. And I now know that deep level of connection is out there. It’s available to me.

I needed to realize I could not do this on my own. I simply did not know how. I needed the guidance and help of others that God has placed into my life, ones who have learned how to overcome and have overcome various obstacles in their own lives that I then recognized in my own life.

One of the most important things I learned in the beginning of my men’s work was I didn’t have to do it alone. It was in direct contradiction to all I’d come to believe. And old habits die hard. But connection and support were so vital and valuable. I came home from Journey Into Manhood and co-created a group immediately. Those men became my teachers and my friends. We learned from one another, and possibly more importantly, we reminded each other again and again that we were not alone.

The support of fellow brothers is amazing! We meet a couple times a month for encouragement and I am free to call many of them any time of the day or night. I can’t imagine life without them.

Before I started my journey I had zero close male friends in my life. I was scared to make any contact. Now I see that other brothers can help me become who I want to be.

During my Journey Into Manhood weekend I learned that I am not alone. I could talk and share my innermost thoughts with brothers, and I have experienced a level of openness and understanding I have never found before. I am now part of a worldwide brotherhood of men I can reach out to if I need support. And I can be a support to brothers who reach out to me. As a result, there is growth and lifelong development unlike anything I had experienced before.