SSA suggests an experience, not a permanent identity. It implies a set of feelings, not a way of life.

No. The idea that these efforts are always ineffective or dangerous comes from the philosophical position statements, or official beliefs or opinions, adopted by a number of large, left-leaning U.S. professional counseling associations. These position statements are opinion, not science. In many respects, they are not unlike a political party’s official platform. Yet countless media, bloggers, gay activists and others constantly point to them as if these statements represented “settled science.” They don’t.

These trade groups or professional-membership groups typically base their philosophical positions on popular vote of their respective committees on gay and lesbian concerns — committees that typically are staffed by agenda-driven, gay-identified professionals and activists.

Within the Brothers Road community, a great many of us have had experience with a variety of therapies and therapists. As with any counseling, experiences vary. We’ve found some to be more effective than others.

What most people don’t seem to understand about the types of therapy we have personally experienced is that these are mainstream therapies (mostly talk therapy) where the therapist supports the self-determined goal of the client. (That’s us). And we choose to explore possible underlying issues that may be driving our unwanted thoughts, feelings and behaviors. (See Our Life, Our Choice, Our Right.)

“While You Probably Think Same-Sex Attraction Is Fixed, Researchers Don’t”

Q&A With the Alliance for Therapeutic Choice and Scientific Integrity

Is homosexuality genetic or inborn? Can sexual attractions or sexual orientation sometimes change? Is it harmful to try to change? This Alliance of mental health professionals answers these and other tough quesions. 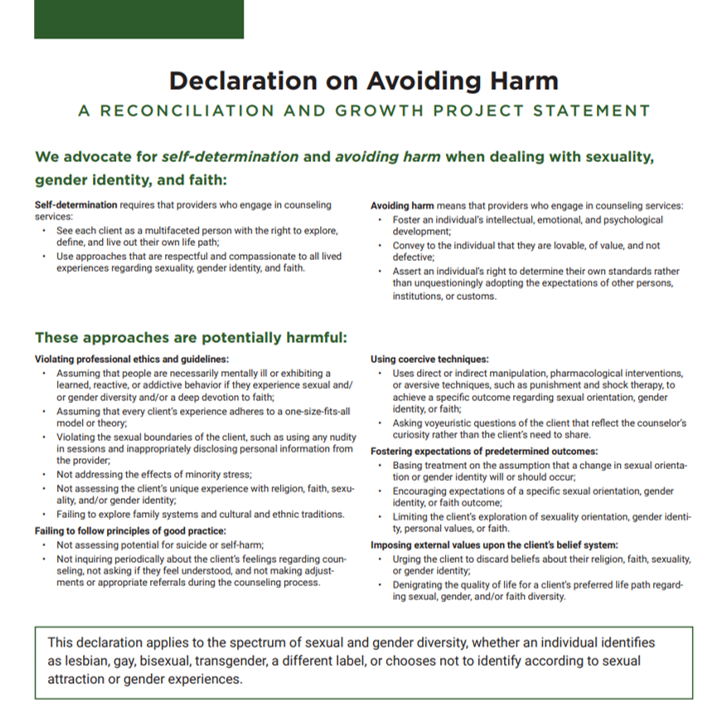 A diverse group of gay-affirming and faith-affirming therapists who seek common ground — rather than political advantage — proclaims that “Banning specific therapies does not stop abuse in therapy. Detailing specific harmful practices can.” They advocate, above all, for “self-determination and avoiding harm when dealing with sexuality, gender identity, and faith.” 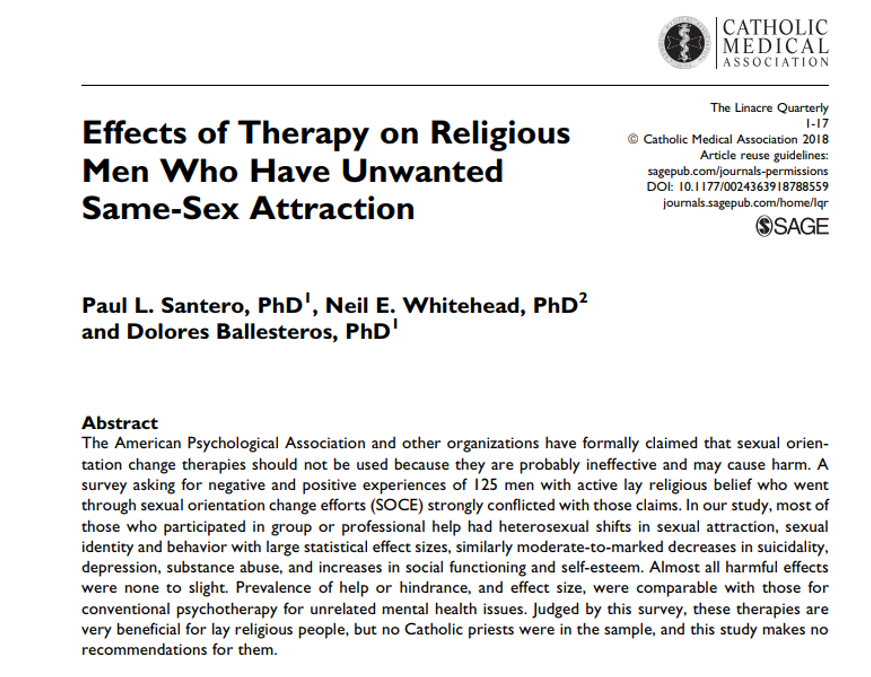 “In our study, most of those who participated in group or professional help had heterosexual shifts in sexual attraction, sexual identity and behavior with large statistical effect sizes, similarly moderate-to-marked decreases in suicidality, depression, substance abuse, and increases in social functioning and self-esteem. Almost all harmful effects were none to slight.”

(See also an article on the report by the Christian Medical & Dental Associations.) 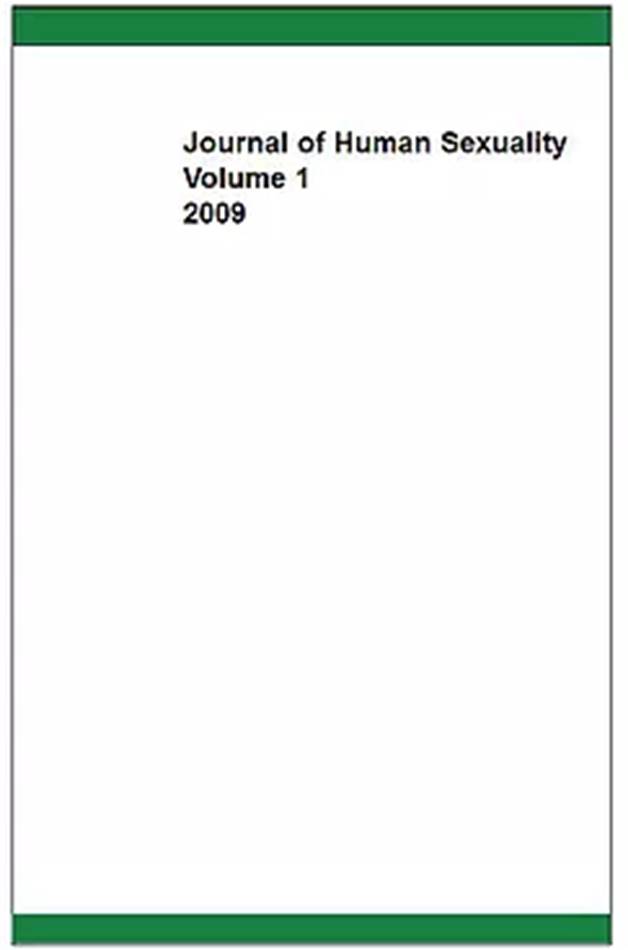 What Research Shows: Response to the APA Claims on Homosexuality

Journal of Human Sexuality, Volume 1, 2009
A comprehensive, historical review of more than 100 years of experiential evidence, clinical studies, and research demonstrates that it is possible for some men and women to change from homosexuality to heterosexuality and that efforts to change do not invariably result in harm.

My Genes Made Me Do It! Homosexuality and the Scientific Evidence

Neil and Briar Whitehead, 1999. Fifth Edition, 2018, online
A Ph.D. research scientist and biochemistry examines the literature on genetic causes of homosexuality and finds that, taking a mainstream scientific position, the scientific evidence does not support the popular idea that homosexuality is genetic, intrinsic or fixed. See fifth edition, January 2018, at http://www.mygenes.co.nz/.

Haven’t so-called sexual-orientation-change efforts been proven to be harmful?

No. “No study using a random survey concludes that reorientation therapy is likely to be harmful.” (What Research Shows, 2009, page 93.)

But to avoid even the potential of harm, Brothers Road strongly endorses the Declaration on Avoiding Harm brokered by the Reconciliation and Growth Project. They are a diverse group of gay-affirming and faith-affirming therapists who come together from different perspectives to seek common ground. The group notes, wisely, that “Banning specific therapies does not stop abuse in therapy. Detailing specific harmful practices can.” They advocate, above all, for “self-determination and avoiding harm when dealing with sexuality, gender identity, and faith.”

Of course, as with all kinds of therapies, some people have in fact reported anecdotally that they felt harmed by their experience with therapy related to their same-sex attractions.

As awful as these reports can be, there may be just as many published testimonials of great benefit — sometimes even life-saving benefit — experienced by those who voluntary choose to pursue therapy for incongruous same-sex attractions.

Plus, the reality is that “therapy in general has been shown to be harmful to some of its consumers… Any type of psychological treatment can result in unwanted outcomes, including the potential for perceived harm, complete failure, and relapse.” (Lambert and Ogles, “The Efficacy and Effectiveness of Psychotherapy,” in Bergin and Garfield’s Handbook of Psychotherapy and Behavior Change, 2004.)

Some counselors and counseling organizations seem to take the position that if anyone has reported harm from SSA therapy, then everyone should avoid it. “Applying the same logic to therapy in general would have all people avoid any (or every) approach to therapy — and would have therapists pursue different professions” (What Research Shows, 2009, page 47).

But is the experience of harm more than anecdotal?

And: “We cannot conclude how likely it is that harm will occur from SOCE” (page 42).

As Peter Sprigg of the Family Research Council observed, “The statement that SOCE ‘may’ cause distress (not ‘has caused,’ ‘will cause,’ or ‘often causes’) is about as weak as it could possibly be — amounting to little more than speculation.”

In fact, modern allegations of harm are sometimes so vague that they cannot even be fact-checked to determine their reliability. Many are not related to actual, modern, professional therapy at all Sometimes, certain horror stories have even been shown to be entirely fabricated.

And notice how so many people who reject first-hand accounts of successful change efforts because they’re “just anecdotes,” not quantitative research, are so quick to embrace and trumpet any anecdotal reports of alleged harm as somehow being representative of sexual-orientation interventions generally.

Clearly, as members of the Brothers Road community, we represent a significant group of people who have benefited greatly from counseling and other efforts to voluntarily address our sexual attractions in ways that align with our faith, beliefs, values and life goals. In fact, in some cases, these efforts even saved our lives.

Notice, however, that if those reports attempt to back up their claims with any reference at all, it is invariably to the position statements (opinions) of professional counseling groups, NOT to any research data.

So what does behavioral science research really say?

What the APA Actually Says 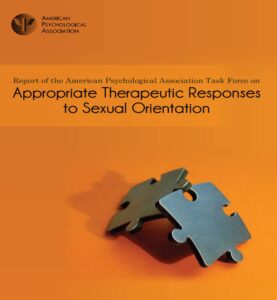 The American Psychological Association assembled a six-person task force to review the published research, and in 2009 it published its “Report…on Appropriate Therapeutic Responses to Sexual Orientation.”

The task force reported that it had reviewed 83 studies published in English from 1960 to 2007. This in itself was a remarkable admission. The APA had previously claimed that no such evidence existed at all, and here the task force found 83 such studies to review.

Despite widespread — and demonstrably false — assertions that the APA’s report “proved” the claim that so-called “sexual orientation change efforts” (or SOCE) never work, here’s what the report actually said:

In other words: We’re not sure; there’s not enough empirical evidence to draw a conclusion either way; some people seemed to benefit, while others felt harmed.

That’s a far cry from what is usually reported about the APA’s 2009 report — that it somehow concluded that change efforts definitely won’t work and are inevitably harmful.

NARTH’s Review of the Research 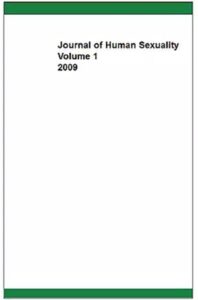 In response to the APA’s report, a second professional organization — the much smaller, much more conservative National Association of Research and Therapy of Homosexuality — reviewed 600 reports of clinicians, researchers and former clients published over 125 years and published a comprehensive summary called “What Research Shows.” (NARTH has since changed its name to the Alliance for Therapeutic Choice and Scientific Integrity.)

Other research that provides evidence of successful change efforts often gets lost in the single-minded campaign by the counseling professional groups, gay activists and most media to support a preconceived conclusion that altering one’s sexual attractions is impossible.

The following is not a representative sample of all research on the topic. Rather, what follows are examples of available research supporting the possibility of minimizing or de-eroticizing same-sex attractions: 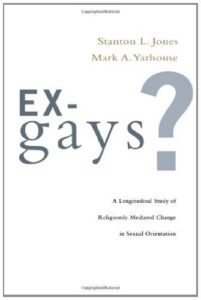 Homosexuality: The Use of Scientific Research in the Church’s Moral Debate by Stanton L. Jones, Ph.D., and Mark A. Yarhouse, Psy.D., 2000

Sex Differences in the Flexibility of Sexual Orientation, by Kinnish, Strassberg and Turner. Archives of Sexual Behavior, Vol. 34, No. 2, April 2005: 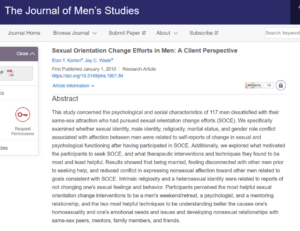