Hide Behind Walls? Or Find the Courage to be Real? 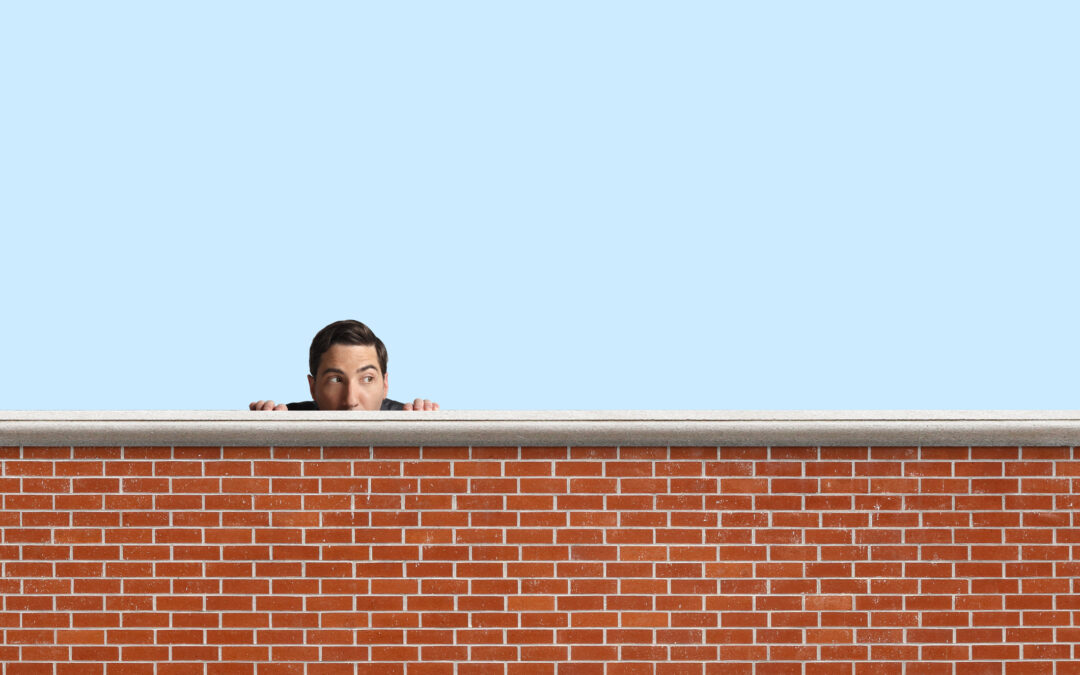 As men, we’re constantly comparing trying to figure out who is really the alpha male. We’re comparing the size of our muscles, who has the deepest voice, who can run the fastest, make the most money and a slew of other things I don’t care to mention.

This week I learned about a new game. A new way to compare. I thought it was silly at first and as I thought about it more, I realized sometimes I probably play too. The problem is, as soon as I step up to the plate, I automatically lose.

I’m talking about the competition of who can be the most guarded and closed.

I think many of us are taught as men to “man up.” Keep a stiff upper lip. Get the job done and don’t whine about it. So we grow up thinking if we show weakness or let our flaws be known, we will be rejected or the other guy will have the upper hand. He’ll be the alpha male.

This leaves me believing I need to hide the parts of myself which are less than perfect. Every man is an island and meant to fend for himself without the influence or help of others. As long as I don’t let on that I have any needs or wants from you, you’ll accept me and I’ll be on top.

So here we are, wanting friendship and connection and building strong walls and barriers to keep our hearts safe. To make sure I don’t really let the other guy in. I may win the game, but I lose everything I’m really after. I’m building walls to keep people out when, more than anything, I really need to let people in.

Problem is, men are naturally tribal. We thrive in groups and need one another to survive and be the best men we can be. When we hide parts of ourselves, we suffer emotionally, and relationships can’t thrive. This doesn’t mean we need to regurgitate our emotions constantly and to everyone, but the bottom line is: Most of us are flawed, and most of us have the capacity to accept others who are, as well.

Often, knowing other people and their flaws helps me to accept myself with my own. Additionally, the guy who reaches out and has the bravery to expose himself is generally not only accepted for who he is and what he’s done, but respected for it as well. He was the brave one and set the tone from breaking free from the battle to be the alpha male. The game where all who play lose.

There are those men who won’t get this. Those who think vulnerability and expression are weakness. They are for the meek. Seems to me, those men aren’t ready, for whatever reason, to start taking down the walls. There’s a part of them they’re afraid to expose.

Bottom line is: We’ve probably all got walls. I read recently that most of us expose up to 90% of our truth at most, even to those we’re most intimately close with. Doesn’t sound like a bad number to me. Maybe I’ll be able to speak to that if I ever get there.

For now, having heard about the “game” and realizing I’ve fallen prey to it probably time and time again myself, I want to put down my cards. It won’t make me the alpha male I’m trying to prove I am. In a game where, when I win, I’m closed, guarded, lonely, and sad — I choose to lose.

Break free. Be you.