Proud to be Me, Same-Sex Attractions and All 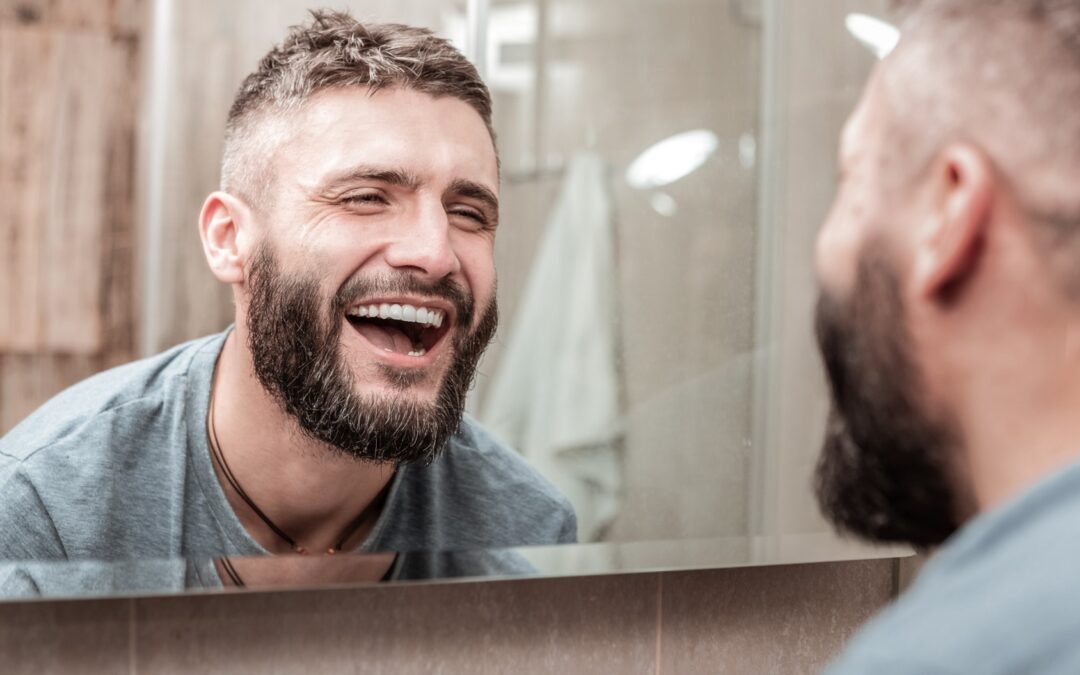 I have been involved in what’s being described as “conversion therapy” (whatever that is).

I have participated both in individual therapy and groups. I’ve spent years in rooms and circles of like-minded men who span the scale of “I don’t want to accept that I’m gay” to “I accept this is me and I choose to live my life differently anyway.”

I think there may be a common denominator of “unwanted” in the term “unwanted same-sex attraction” (or SSA). Or maybe “I wish this would go away.” But I can’t even say that for sure.  People are all so different.

For the first time in my life, I found myself in these circles and I was accepted just as I am — a concept so foreign to me growing up. The slogan they hung on the walls and repeated over and over again on workshops began to break down my walls of shyness and self-hated:

“You are good and valuable just as you are. Today, unchanged, and even if you never change,” was the line repeated to me 11 years ago and countless times since.

It still brings me to tears, this thought that I’m good enough. My self-contained prison of shame and hatred for who I was had so little to do with my SSA and so much to do with the plethora of condemnations I heard in my youth.

I’ve been doing this for many years already. The group element has been invaluable. I’ve been in so many circles and been introduced to a whole spectrum of people I otherwise would never have known: Jews, Christians (both religious and not), Arabs, Muslims, and cultures from all over the world.  I’ve met men with no faith and no belief in a Higher Power. They too, for their own reasons, believed a gay life wasn’t the right thing for them.

Each of the men stepping over the threshold into these meetings and groups has an internal belief system that tells him living a gay life is somehow not aligned with the future he sees for himself.  Some believe they’ll be damned.  Others fear they’ll never be accepted.

Then there are those who have already experienced the gay lifestyle.  They’ve allowed themselves to embrace and enjoy the pleasures of that perceived freedom, and somehow found the experience lacking. Or painful, dangerous, or hurtful.  So now they’re trying something else.

While I began this pursuit with the intention of changing my sexuality from gay to straight, my goals became blurred over time.  Like me, they changed.

On the one hand, my sexual orientation mattered less to me, and on the other, I found myself healing my trauma, dealing with my anger, and pushing beyond my shame and shyness.  I learned that I was carrying too much blame for my past and aiming for a perfection that was killing me.

And then I attended my first self-discovery workshop for men who were conflicted over their same-sex attractions.

It was a game-changer.  You see, I had no idea how much self-judgment I was carrying and how trapped it made me feel.  When they spoke of innocence and boyhood on that first night, I was stunned.  Not only could I not relate to the idea of having ever been a young innocent boy, I couldn’t understand how everyone else could.  I was angry. I cried.

The staff met me where I was that evening.  No one tried to push me to do it their way or to do it right.  There was a therapist on staff who gracefully gave me of his time later that evening rather than going to bed.  While I still went to sleep that night lacking hope, I was prepared to take on the following day.

That day forever changed my life.

It’s so difficult to describe what happened.  What I did realize though was that homosexuality wasn’t my issue.

I was carrying so much.  Psychodrama helped me to understand the messages there, beneath the surface, constantly present, and forever cocked to be triggered.  I learned just how much I thought I was bad, different, and invisible.  They tied me up with a physical representation of those messages and offered me an opportunity to have a victory by separating myself from them.

I am forever grateful.  Not because it worked or because I was “cured” — but because I felt a freedom just in understanding that those self-destructive stories that I so strongly believed — they weren’t mine!  They weren’t an authentic part of me.  They were burdens I’d carried and belief systems I had bought into.

Following my workshop, I’ve continued my “conversion” or “reparative” therapy.  I’m still not sure what’s so special about it that it deserves its own name.  I don’t feel converted, nor do I feel repaired.  What I do feel is acceptance.

In therapy and in group, I learned to recognize and name my feelings.  I transitioned from a person who was always angry into a rather well-rounded and understanding man.  I felt sadness and fear and human emotions beyond what I ever knew was possible.  I was able to mourn what was. And what could have been.

This was all in an effort to accept what is rather than to change it.

Over time, my work was no longer about changing the attraction.  The shame around being gay practically disappeared.

With a group of like-minded men to “journey” with, I was able to recognize that I didn’t choose these attractions.  There is nothing bad about them.  I didn’t even choose to be born.  So I couldn’t be held accountable for my sexual attractions.  Only for how I handle them from this moment forward.

I hear and read about people who live “in the closet” and are dying to come out publicly and announce their sexuality to the world. That’s fine for them; it’s just not me.  I never felt like I was hiding, and I don’t resonate with a desire to share my story publicly.

Instead, these private circles of like-minded men who are working on themselves are exactly what I need. They fulfill my longing to have people in my life who really know me, get me, and accept me as I am. People who help me carry my challenges and troubles in life.

In therapy and groups, I’ve discovered myself.  The me that’s been covered over with a tremendous amount of burdens for most of my life.

I’ve worked through my traumas and forgiven my father.  Today we have a relationship. And in discovering my own humanity, I was able to accept his as well.  In accepting that my father is human and carries his own story for all of his life, I was able to come to a place of forgiveness around his mistakes and shortcomings.  My father, a tall, big, and burly man, who beat me and cursed my name and existence, is nothing more than a fragile human being, just like me.

I am able to forgive him because of my work and experiences in so-called “conversion therapy.”

In “conversion therapy,” I learned how to be in healthy relationships with my friends and to navigate the moments of self-doubt and fear that come up.  I’ve learned to see myself as an equal and accept that I measure up more than I ever thought I did before.

I’ve recognized myself as a sexual being, accepting and cherishing my God-given sexuality as beautiful, independent of the ways I express it.  Just being a sexual being, to me, means a lot.  For me, it removes a lot of the shame around sex and it allows me to experience my body in a healthier way.  I can even feel sexy sometimes.

I’ve worked on my body shame and come to an understanding that I am beautiful and special just as I am.  I can both accept myself and work on my body at the same time.

I’ve learned about healthy boundaries and how to stand up for myself.  What was in my way before was a false sense of unworthiness.  If I am unworthy, if I am nothing, I am not worth standing up for.  With the healthier sense of self and worthiness that I found in my “conversion therapy,” I’ve learned to say no when others refuse to see my value or worth or to respect me in the way I deserve.  I’ve learned how to say no to myself when I fall into moments where I do the same.

This work has saved my life.  It’s given me tools I didn’t find anywhere else in my 15 years of searching before I found it.

As a young boy, I tried to kill myself. And I thought of it many more times throughout my teenage years and early 20s.  Because I was so scared and felt so cast aside.

That suicidal boy seems so far from who I am today. Today, I have brothers, who see the darkest parts of me and accept me just as I am.  Brothers who are gay and brothers who are straight and brothers who are somewhere in between — or still trying to figure it out.  They are on a journey, together with me.  I don’t know where they’ll be 10 years from now, or where I’ll be for that matter. But I do know their presence has changed my life, and for that I am forever grateful.

There’s practically nothing I’ve done in over 10 years in “conversion therapy,” groups, and workshops that’s had anything to do with being gay or straight.  This is nothing more than men’s work. And that’s evidenced by the straight men I’ve been privileged to do my work together with.  Men’s work.  Men from so many walks of life.

The only difference is that some of the circles I’ve been in are geared primarily toward supporting men who also experience same-sex attractions and yet choose a different path, one not guided by my attractions.

The worst thing people say to me is that I’m lying to myself.  There’s almost nothing that makes me angrier.

I am living my best life. I am more true to myself today than I’ve ever been.  I feel freer and unburdened in ways I never thought possible.  I’m more capable, and I myself can’t believe what I’ve accomplished.  And there’s so much more to explore and to do.  It’s my life.  My journey. My choices.

For the first time in my life, I can say, I’m so proud of who I am.