Learn from other men who have journeyed this road less traveled.

When I first began my therapy work almost two and a half years ago, I had no idea of the gifts I would give to myself. The road was long and very painful, but as with every aspect of life, nothing of real value comes easy. That motto has been my driving force and my guiding light through times of darkness and despair. If something is difficult to do, the level of difficulty was my indicator to do exactly that which I wanted to avoid. It takes courage, honor, grits, and character to do the deep emotional work that can cause one’s sexual attractions to shift. And it is no mistake that those are the same characteristics that make a strong man.

Nothing of real value comes easy.

I grew up with five siblings. I was second in line, and the first-born son. The family structure during childhood was a classic textbook case in the formation of a homosexual individual, complete with an absent father and a strong, domineering mother. My father did not physically abandon our family, but he was an alcoholic and totally emotionally absent. There was no connection between my father and me. There were no hugs, putting me on his shoulders, or other affirmations that a boy naturally wants from his father. In response, I defensively detached from my father at a very young age. Until I started my therapy, I had under-estimated the profound “father wound” I carried inside.

My mother’s relationship with my father was defined by constant strife over his alcoholism, gambling, and coming home late. My father was the “bad guy” in our household. We all took my mothers’ side. We were all triangulated into the relationship between her and my father. She was “safer,” because she was present and provided more comfort and attention than he. However, my mother always suffered from migraines, sudden mood swings, and other problems. I am sure raising five kids on her own took its toll on her emotionally and physically. My mother was both physically and emotionally abusive. She screamed and yelled a lot. She would leave all of us home by ourselves as she went out looking for her husband in bars. In her bursts of anger and frustration she beat us with coat hangers to settle fights and squabbles us kids had. There were no healthy boundaries set in our home. She could not handle us. And she hung on to an unhealthy relationship at all odds.

As I got into adolescence, I was groomed to be the perfectly behaved young man. I got straight A’s in school and thrived on my mother’s approval to avoid her displeasure. I was not the rough and tumble type at all, and I felt different from the other boys. I lived my life totally disconnected to any kind of healthy male friendships. Through elementary and high school my friendships where primarily with girls. I avoided the high school jocks out of fear and shame I had about myself, and yet I had a fascination about them at the same time. It did not take long before my feelings turned to lust. I did have a first girlfriend; the relationship was sexual, but not healthy. I was emotionally unable to love her, and only used her for my own gratification. I did not touch her very much, and needless to say, she broke up with me out of her frustration over a very one-sided relationship.
My first year of college was very scary for me. I was not attracted to girls at all, and at the same time, I was fearful of my male peers. I carried a lot of fear and shame. I kept safe by keeping my nose in my studies. Over time I became comfortable with my college roommate, and we began to fool around. For him it was a passing curiosity, but for me, it became an obsession. It was my first sexual relationship with a man. He saw my neediness and became guarded. He asked me point blank if I was gay. I denied it, figuring he would be repulsed. Soon we stopped. Later in life he married and had three kids.

I carried a lot of fear and shame.

A second girlfriend entered the picture during my second year of college. We were sexually intimate during those years, but I had this deep hunger for the men in the dorms and on campus. It plagued me. I came out to her because we where so close and talked about everything. She handled it surprisingly well, and we both took it on ourselves to make it our mission to get to the bottom of my sexual confusion. She was a psychology major, and I was sociology, so we knew how to do research, but the task before us was daunting.

There were volumes of literature on homosexuality. It was nurture versus nature, in a nutshell. But the truth was, my attractions to men were so strong, it didn’t matter what the research said. I determined that my sexual attraction had to be genetic since it was so strong. And it turned out that three of my siblings also had same-sex attraction. The genetic argument won.

I got my degree. My girlfriend and I went our separate ways. I could not deny my attractions to men. I was “free!” I began to act out and embrace the gay life style. The first two years I had many openly gay friends. A good time consisted of us going to West Hollywood, getting drunk, and picking up guys.

Over the next 10 years, I had two five-year relationships with gay men. The first was a “cheater,” and I thank God that I never contracted AIDS. I was totally sexually obsessed with this man, and it was a difficult thing to break off the relationship. The second was an awesome man. I love him to this day, but now in a deeper way, as a brother. We built a home down in Mexico. I had found what I was looking for!

There was still something missing in my life.

But soon this nagging feeling started to surface — that there was still something missing in my life. I had everything, yet my soul seemed empty. I did not feel complete. I denied and suppressed the feeling for almost a year. Then one day, my heart literally started to speak to me by beating irregularly. I went to a doctor in Mexico, and she was a bright woman. She heard my heart, saw the fear in my eyes and asked, asked me if there was something troubling me. There was. I was dying of emptiness. Yet, I continued to deny my heart, though I knew the truth. I guess I learned from my mother to just hang on at all odds.
Then about two and half years ago, one day back home I was listening to the radio. Dr. Laura was talking about this book by Socarides called “Homosexuality: A Freedom Too Far.” She talked about how homosexuality is not genetic in nature, and how it was taken off the list of deviant behavior in the world of psychology under pressure from a radical group of gay psychologists. She explained that Socarides had worked with hundreds of homosexual men, and that in his clinical studies he found that homosexual behavior is a core identity and emotional issue.

Homosexual behavior is a core identity and emotional issue.

The topic intrigued me, so I bought Socarides book. The book spoke to my heart directly. It took three months to read, because with each passing chapter I began to realize the truth about homosexuality, its causes and meanings. With each chapter, my heart told me that I would have to break up with my boyfriend. If I were to truly find happiness in life, I would have to become a man in all his power, and start addressing some heavy emotional baggage that I had been carrying around since childhood.

I broke up with my boyfriend. It was the hardest thing I have ever done in my life, but I could no longer deny that there was indeed something more for me to discover about myself.

I hate to read, but I had this insatiable hunger for the truth. I read Richard Cohen’s book, “Coming Out Straight.” I read “Battle for Normality” by Van Den Ardwig. I read Nicolosi’s books and countless articles. I could not stop seeking out the truth. Every book had my story in it. I became well versed in father wounds, mother wounds, triadic relationships, defensive detachment, and missing steps in core identity development. My homosexuality was just a symptom of profound and deep emotional arrest. It was indeed the tip of an iceberg. I began therapy with a NARTH therapist, and have never looked back since.

These last years I have involved myself in deep emotional healing with the support of many wonderful men who choose not to embrace homosexual feelings. Most importantly, I have other men in my life now who are not same-sex attracted. Both of these groups of men are my brothers. They are my fathers. They are my peers. They are my connection to the world of men to which I belong and had not been a part of before. Many of these men are my Journey into Manhood brothers. They helped to initiate me into a more authentic manhood. With this healthy connection to men, I have learned what men do, how they act, feel, and express themselves.

I have become transformed. I have experienced physical changes in my voice, and most importantly, I have experienced emotional changes. I am more at peace with myself than I have ever been in my whole life. Gone are the manic energies I used to have. I am much more on an even keel. My energy is real, and I feel more connected to my body. I am comfortable in my own skin. I have the male friendships that I have always desired. My relationship with my father is the best that it has ever been. More importantly, my attraction to women surfaces more each day. I have indeed become a man.

Gone are the manic energies I used to have. 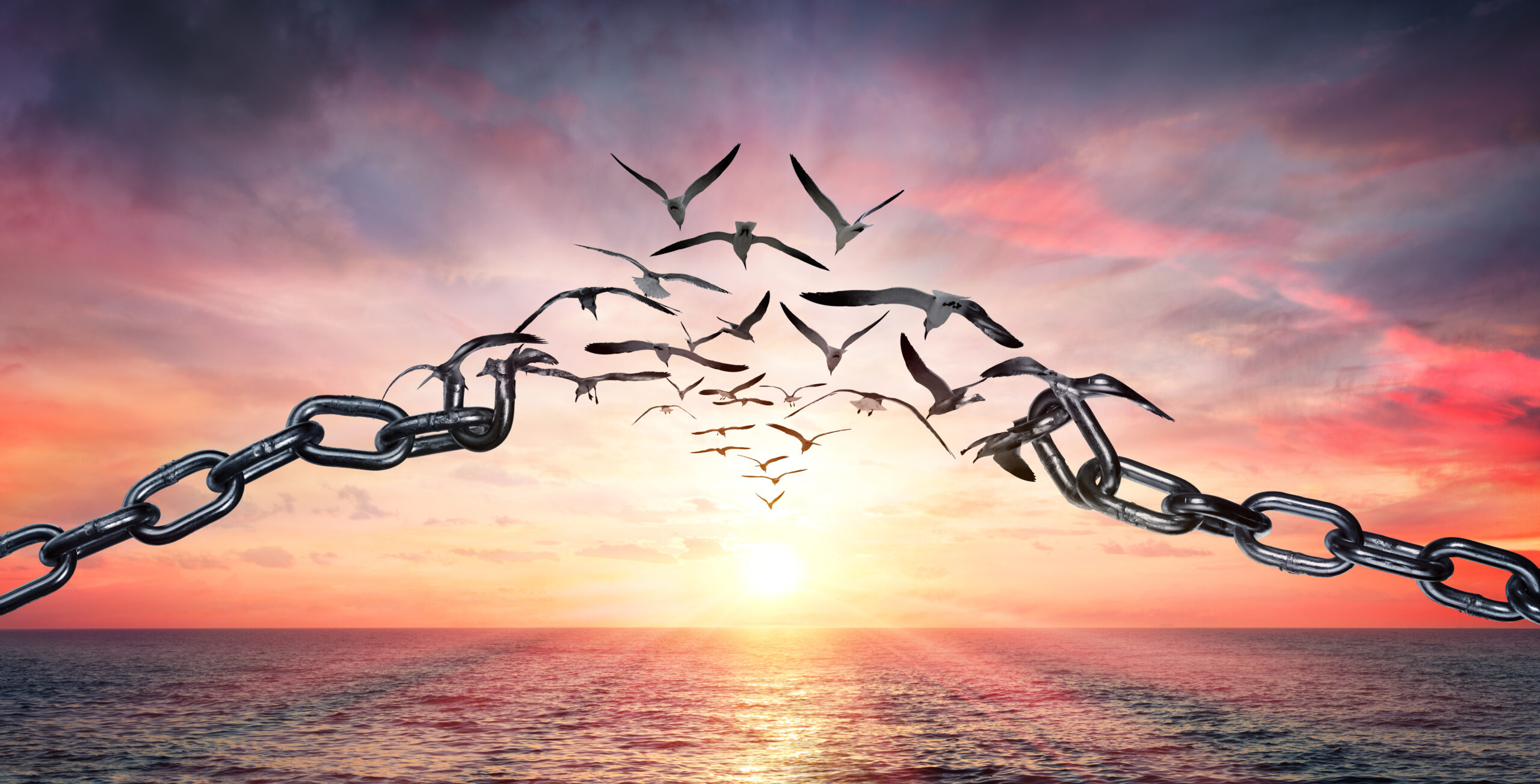 Now, I am on a new journey. I put out my hand to same-sex attracted men who are open to the possibilities of change, men who are just starting on the path of healing. My mission is to be a mentor and role model for these brothers. I want to give back what was so generously given to me. I have healed to the point where my cup is running over.

I have started an SSA healing ministry at my church. I serve as a volunteer staff member on Journey into Manhood and other weekends. I helped create a local support group for same-sex attracted men seeking change.

Sometimes I find myself asking where do I stop? Well, the world needs to hear the truth. This work is the only answer to the “genetic” lies portrayed in the media — the lie that I once bought into. With the increasing acceptance of gay marriage, sexually confused young men and women who come from failed families like mine will fall into despair without any hope. Young people are hungry for the truth.

So, when do I stop? My answer is never. This work is food for my soul.